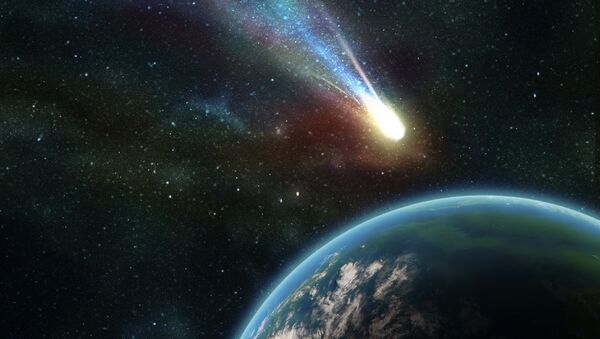 Asteroids are coming for us, NASA says. The only question is when.

To prepare for the low-likelihood but high-consequence possibility of a relatively large asteroid fixing Earth in its sights, NASA and the US Federal Emergency Management Agency (FEMA) held asteroid-impact simulation exercises in El Segundo, California, last month.

This was the third in a series of exercises the agencies have held to help increase collaboration, NASA's Jet Propulsion Laboratory said in a statement November 4. NASA and FEMA would lead the US response to a major asteroid hit.

This particular scenario envisioned the discovery of an asteroid between 300 and 800 feet across that might possibility hit Earth four years from now, NASA revealed. As the exercise continued, the imaginary asteroid was tracked with ground-based telescopes, and eventually the impact site was narrowed to Southern California.

NASA estimates that space rocks smaller than about 80 feet are likely to simply burn up as they enter Earth's atmosphere. Asteroids larger than about 82 feet but smaller than a kilometer (about 3,281 feet) would cause significant local damage to any impact area, however, and an asteroid larger than a kilometer or two would have "worldwide effects" – including tsunamis and possibly mass extinctions.

The exercise was designed to eliminate the possibility of using deflection measures to divert the space object, so the emergency managers around the table had to come up with ways to evacuate the 18 million or more people living in the Los Angeles metropolitan area. Scientists from NASA's Jet Propulsion Lab, Lawrence Livermore National Laboratory, Sandia National Laboratories, and The Aerospace Corporation worked through data that could realistically be gathered and understood under such a scenario, including impact models, population displacement estimates and infrastructure that might be affected. They also discussed how to provide accurate information to the public in such a scenario, and how to quash rumors or scaremongering.

"It's not a matter of if – but when – we will deal with such a situation," said Thomas Zurbuchen, associate administrator for NASA's Science Mission Directorate in Washington, in NASA’s statement. "But unlike any other time in our history, we now have the ability to respond to an impact threat through continued observations, predictions, response planning and mitigation."

"It is critical to exercise these kinds of low-probability but high-consequence disaster scenarios," FEMA Administrator Craig Fugate said. "By working through our emergency response plans now, we will be better prepared if and when we need to respond to such an event."

The exercises help NASA personnel understand what information emergency managers on the ground will need for their decisions in the event of an asteroid impact, the statement explained, which the space organization can incorporate into its information sharing exercises.

Last month, NASA reported that it was now monitoring 15,000 near-Earth asteroids (NEAs) and adding an average of 30 more per week. This was an increase of 50% on the known NEAs since late 2013, when 10,000 had been identified.