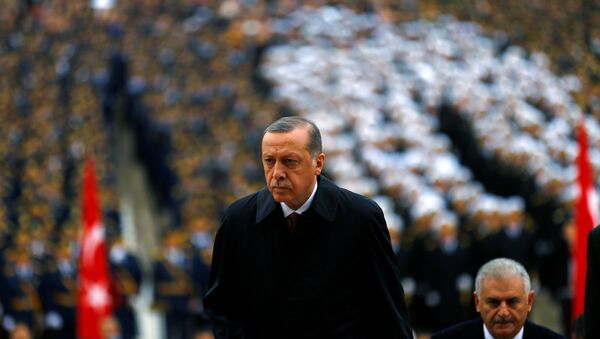 © REUTERS / Umit Bektas
Subscribe
International
India
Africa
Turkey has accused Germany of shielding terrorists and threatened Chancellor Angela Merkel with scrapping the EU migrant deal once again, following Merkel's decision to speak out against the decision by Turkish President Recep Tayyip Erdogan to ban public officials and crack down on the country's media.

"They are giving us advice. But who is concerned about your stance? You are aiding terror!" Erdogan said in a recent speech in Ankara.

"That terror will hit you like a boomerang. We have no expectations from you, but you will be remembered by history for harboring terror," he added, claiming that Merkel is ignoring 4,000 dossiers containing files about potential terrorists in Germany.

Tempers continue to flare over the delay in visa-free travel for Turkish citizens in the EU, as part of the refugee one-for-one deal made between Ankara and Brussels.

Meanwhile, Erdogan has accused Germany of providing a safe haven for members of the Kurdistan Workers' Party (PKK) and the Revolutionary People's Liberation Party. Both groups are classed as terrorist organizations by the European Union.

Erdogan suggested that Germany is in danger of becoming a "backyard" for FETO, followers of the US Islamic preacher Fethullah Gulen, the man Erdogan blamed for inciting the failed coup.

"Terror is like a scorpion. Eventually it will bite the one who is carrying it. I don't see a bright future for Germany. It has become a place where terrorists take refuge," Erdogan said.

"There are racist attacks against Turks in Germany. It is unacceptable that Germany protects terrorists."

Relations have deteriorated rapidly between Berlin and Ankara, following the crackdown on press freedoms after a state of emergency was declared in the aftermath of the failed coup.

Erdogan's outburst followed remarks made by Angela Merkel about a spate of arrests of journalists in Turkey.

"For me and the entire government, it is highly alarming that freedom of the press and speech are being restricted again and again," Angela Merkel said at a joint press conference with Swiss President Johann Schneider-Ammann. 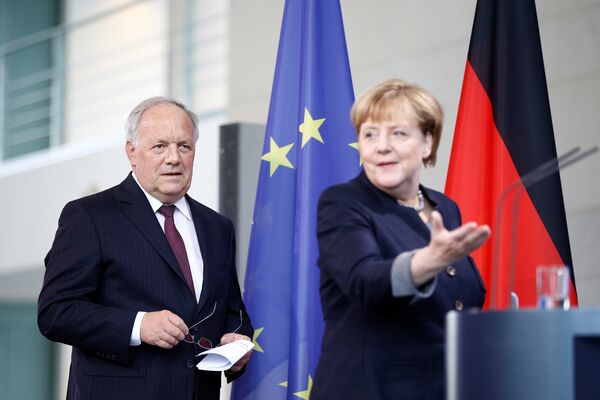 Merkel expressed her sadness over the sacking of staff at the Cumhuriyet newspaper and said the issue of press freedom, or lack of it, would "play a central role" in talks about Turkey's prospects for EU membership. 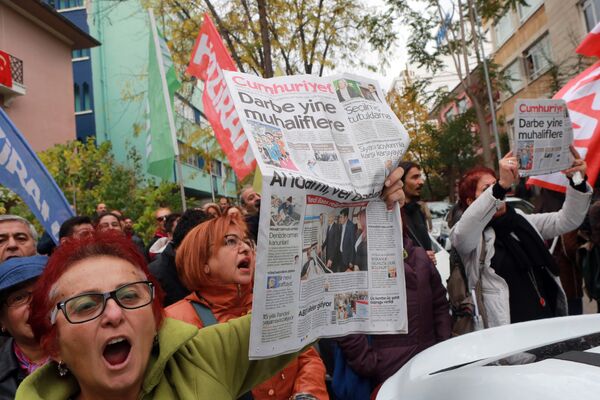 Participants hold the latest copy of Turkish newspaper Cumhuriyet outside the headquarters in Ankara on October 31, 2016, during a protest against the detention of the newspaper's editor-in-chief and a dozen journalists and executives
© AFP 2023 / ADEM ALTAN

Meanwhile, the latest rhetoric espoused from Angela Merkel has enraged Erdogan, suggesting any future negotiations on the EU refugee deal are already soured.