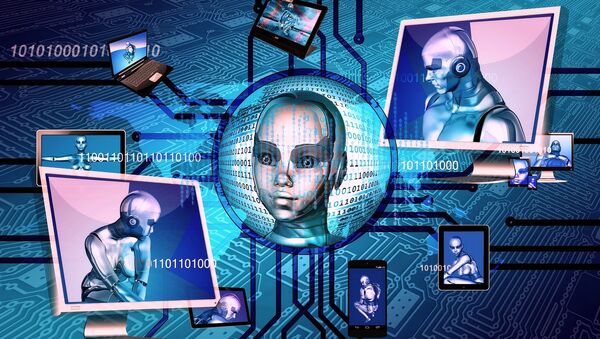 Move over Rita, Sue - but maybe not Bob - make way for Alice and Eve. No, this isn't a reboot of the iconic British movie released in 1987 about the sexual relations between three people, Rita, Sue and Bob. It's about Google DeepMind's latest artificial intelligence creation, Alice, Eve - and Bob too - and their secret conversations.

This means Google has cracked the code enabling two artificially intelligent robots to communicate with each other without prying ears being able to listen in and disseminate their algorithms.

Google's DeepMind Learns How to Navigate the Tube
Three networks, called Alice, Bob and Eve were each given a job to do. Alice had to send a secure message to Bob. Bob then had to decipher the message, while Eve had the job to, as her namesake suggests, eavesdrop and decrypt the messages between Bob and Alice.

The bots didn't have much of a head's up either. They weren't pre-programed with information on how to encrypt stuff, they were set to function failure and left to their own devices.

The networks, Alice, Bob and Eve, subsequently created a generative adversarial network (GAN) between them. GAN basically means unsupervised machine learning, which is when it all gets a bit complex.

Basically, Alice and Bob were eventually able to create encryption tricks that mean they could hide messages from Eve. This, according to a recent article in Big Think, is "a little worrisome."

"Alice and Bob are the first neural nets who've kept secrets from their programmers. That we know of," the article says.

On one hand, Alice, Bob and Eve are a remarkable development in the world of AI — on the other — the whole concept offers the possibility of a future in which robots will be able to keep secrets from their creators — humans — which could be used for more sinister purposes.