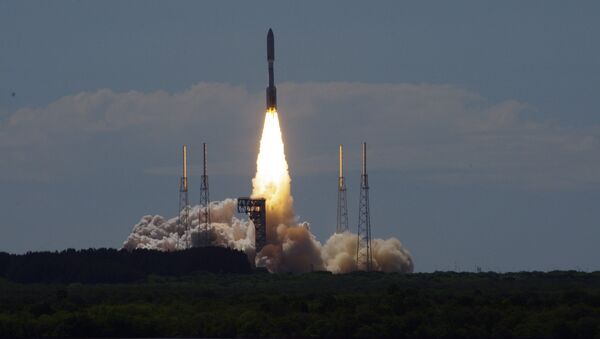 A secure communications satellite built for the US Navy has begun operational testing after reaching the proper orbit more than two months after being lifted into outer space, the manufacturer Lockheed Martin said in a press release on Friday.

Lockheed Letdown? Pentagon Advances on Ninth Batch of F-35s on Its Terms
WASHINGON (Sputnik) — On June 29, five days after being launched from Cape Canaveral Air Force Station in the US state of Florida, the Mobile User Objective System (MUOS) satellite experienced an anomaly that prevented it from reaching a high-earth orbit, the release explained.

"In the end, the Navy and Lockheed Martin engineering team were able to isolate the issue and develop a work-around using alternative propulsion," Lockheed Martin’s Narrowband Communications Systems Director Mark Woempner said in the release. "Once we had a plan together, in early October we carefully re-started orbit raising maneuvers."

The latest launch was the fifth MUOS satellite, completing a network of orbs that will cover the entire globe with secure communications, the release noted.

Once testing is completed, the satellite will be turned over to the Navy, the release added.