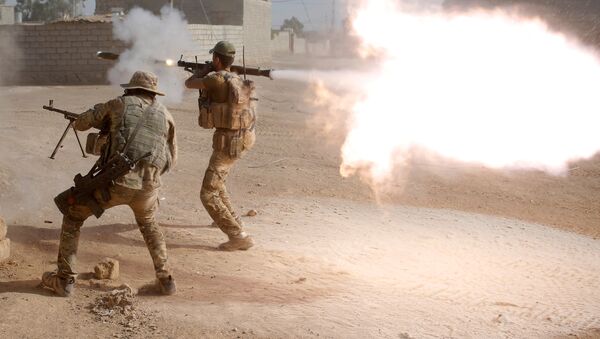 The Iraqi army has liberated six districts in the eastern part of the city of Mosul, occupied by Daesh terrorist group, the commander of the operation said on Friday.

MOSCOW (Sputnik) — According to media reports, Iraqi troops entered Mosul through the Karama district on Monday, just two weeks after the operation to liberate the city was launched.

"Anti-terrorist units liberated today the districts of Malayeen, Samah, Khadra, Karkukli, Quds and Karama in the east of the city of Mosul," Lt. Gen. Abdul Amir Yarallah said in a statement, as quoted by Alsumaria broadcaster.

Mosul vs. Aleppo: US' Approach to the Operations 'Biased', 'Non-Objective'
According to the statement, the forces raised the Iraqi flag over buildings in the liberated districts.

On October 17, Iraqi Prime Minister Haider Abadi announced the start of a military operation to recapture Mosul from Daesh with the help of airstrikes by the US-led international coalition. According to media reports, about 30,000 Iraqi soldiers and 4,000 Kurdish Peshmerga fighters were initially taking part in the operation.