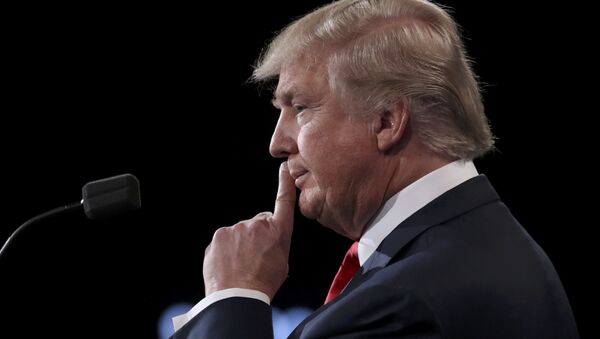 Clinton Retains Slim Lead Over Trump in Final Push Toward Presidential Election
WASHINGTON (Sputnik) — In Texas, Trump has a nine-point edge on Clinton among likely voters, 49 percent to 40 percent, while in Arizona his lead is five points, 45 percent to 40 percent, according to the NBC News/Wall Street Journal/Marist poll released Thursday.

In Georgia, however, Trump’s margin is only one point, making that race a statistical tie.

The poll also found that Trump leads Clinton in early voting in all three states, but by thin margins in Arizona and Georgia. In a September edition of the poll, Trump had only a two-point lead in each of those states.

Clinton’s lead against Trump in other state polls has eroded since last week’s disclosure that the Federal Bureau of Investigation reopened a probe of Clinton’s email practices as US secretary of state.

Elections for US president, seats in Congress, and numerous state and local offices will take place Tuesday.