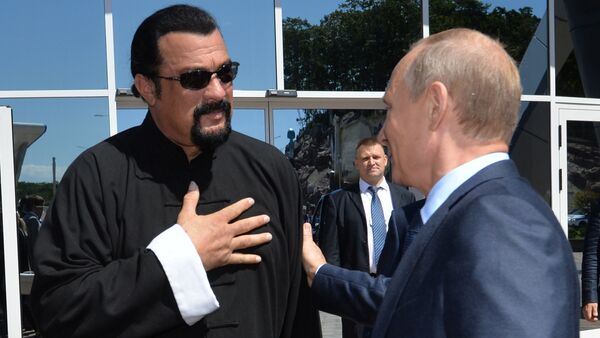 Commenting on the event, Kremlin spokesman Dmitry Peskov said that the actor had been applying for the citizenship for a while and was famous for his warm feelings toward Russia.

"This [was his] desire, he had really applied. He had been really persistent for a long time and been asking to grant him citizenship, he is actually renown for his quite warm feelings toward our country. He never made a secret out of it, at the same time he is quite famous, as you know, actor," Peskov told journalists.

In September, Seagal said that he was considering the possibility of applying for Russian citizenship. He explained his plans by the desire to spend several months a year with his friends in the country.

Seagal joined the ranks of famous US citizens who were granted Russian citizenship recently along with boxer Roy Jones and mixed-martial artist Jeff Monson.

Head of the Crimean Republic Sergei Aksenov invited Seagal to visit the peninsula.

"We are inviting. This is an iconic, famous actor and it is his principal stance. We are waiting for him," Aksenov told RIA Novosti.