O Canada, Why?! Over Half a Dozen Journalists Revealed to Be Monitored by Police 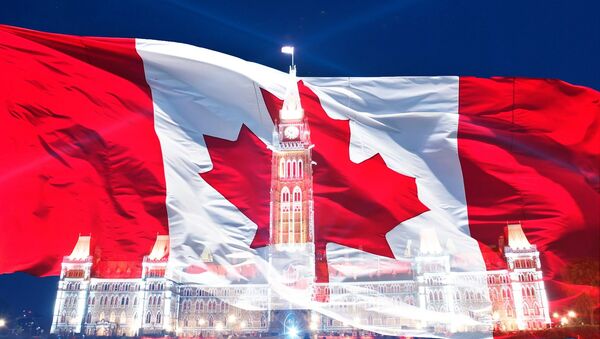 On Wednesday, a scandal involving police monitoring of a Quebec journalist expanded after police confirmed that at least six other members of the press have been spied on in recent years.

The scandal began Monday, when Montreal newspaper La Presse reported that Patrick Lagace, one of the paper's columnists, had been repeatedly made the subject of police warrants to track his location using the GPS in his cellphone, and to gather the identities of people he communicated with. The journalist was told that he became a target because a contact of his was a subject to police investigation. La Presse has since confirmed that it intends to take the Montreal police to court.

Eye on the Prize
Prime Minister Justin Trudeau broke his silence over the scandal on Wednesday, assuring Canadians that his government "defends the freedom of the press," but adding that he would await the conclusion of the investigation into police activity before drawing any conclusions.

New Democratic Party leader Thomas Mulcair asked the prime minister to provide details on any more journalists who may be facing police monitoring.

On Tuesday, Quebec's government promised an internal review of three police departments after condemning the wiretapping. Montreal Mayor Denis Coderre stood behind city police chief Philippe Pichet, however. "He has my confidence and we're not going to have a public lynching," the mayor said. RCMP (federal police) commissioner Bob Paulson also tried to reassure the public, stressing that he was very sensitive to the issue of press freedom.

"It's a shock," Gravel said. "In a democratic society like ours, you never imagine that this thing could happen and be so systematic. It's two events now in the same week. So we're very concerned…I don't think we've seen such a crisis here in the history of journalism. We have to get the facts and then make sure that measures are taken to make sure this doesn't happen again."

Independent senator Andre Pratte, himself a former columnist at La Presse, said that it may be necessary to create new laws to protect journalists, if the old ones aren't working.