Plot Thickens: Tunisia 'Has Reasons to Hide US Drone Base' 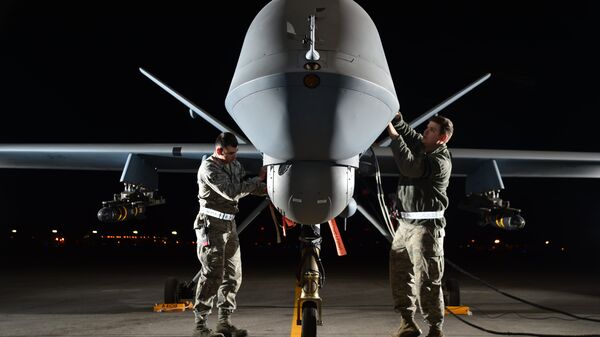 © Photo : US Air Force
Subscribe
The Pentagon is seeking to close a 'blind spot' for US intelligence services in North Africa by establishing new drone bases in the region. While the Tunisian government denies that the US has deployed drones on its territory there are clear signs that the Pentagon is expanding its surveillance network on the continent.

While the Tunisian government has recently denied reports that Tunis allowed Washington to launch drone missions against Libya's Daesh terrorists from its territory, there are signs emerging that the US is expanding its network of drone bases in North Africa.

Unspoken Story of US' Growing Military Presence in Africa
"We deny these reports and we do not have any American military base in Tunisia. It is just a kind of cooperation, a training operation between the two countries," Houssem Abbes, the spokesman for the US Embassy of Tunisia in Washington, DC, highlighted in an interview with Sputnik on the same very day.

The statements were issued in response to Western mass media reports which shed light on the Pentagon's military activities in North Africa.

"The Pentagon has secretly expanded its global network of drone bases to North Africa, deploying unmanned aircraft and US military personnel to a facility in Tunisia to conduct spy missions in neighboring Libya," The Washington Post reported, adding that the drone base in Tunisia closes "a critical 'blind spot' for US and Western intelligence services in North Africa."

According to the report, the US' drones in Tunisia began carrying out their missions in late June and "have played a key role in an extended US air offensive against an Islamic State stronghold in neighboring Libya."

US Drone Flights in Tunisia Coordinated With Local Government - AFRICOM
Citing unnamed US officials, the media outlet underscored, however, that the drones being operated from Tunisia were unarmed and used to collect intelligence on Daesh targets in the Libyan city of Sirte, located on the south coast of the Gulf of Sidra.

Commenting on the matter US Army Colonel Mark Cheadle, spokesman for US Africa Command, explained that "there are US service members working with the Tunisian security forces for counter terrorism and they are sharing intelligence from various sources, to include aerial platforms," Reuters reported last Wednesday.

In his opinion piece for New Eastern Outlook freelance journalist and geopolitical analyst Martin Berger suggested that the representatives of the Tunisian government sought to conceal the fact that the Pentagon had been using its bases for drones, "as it is clearly concerned about the possible outrage of its population." 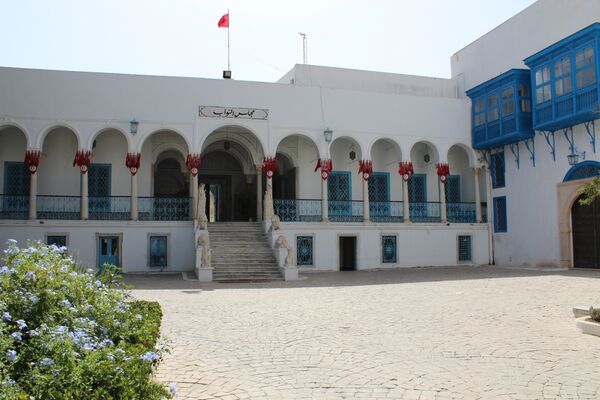 Berger notes that Tunisia "is gradually evolving into the most reliable partner in the North Africa region" in the eyes of the US, referring to the fact that Tunis has recently received more than $250 million in security assistance from Washington.

"This development is particularly important for Washington under present circumstances, with some North African countries (especially Algeria and Egypt) trying to demonstrate their political independence from Washington, being fed up with instructions from overseas," Berger suggested.

Oil Could Lie at the Root of US Growing Military Presence in Africa
However, the reported drone base in Tunisia seems to be part of a larger plan.

On September 29 US journalist and author Nick Turse wrote about the establishment of a new US drone base in Agadez, Niger, in his article for The Intercept.

"Air Force documents submitted to Congress in 2015 note that the US 'negotiated an agreement with the government of Niger to allow for the construction of a new runway and all associated pavements, facilities, and infrastructure adjacent to the Niger Armed Force's Base Aerienne 201 (Airbase 201) south of the city of Agadez'," Turse pointed out.

The next day the US Department of Defense confirmed that the US will build a military air base at Agadez capable of deploying drones.

While it is believed that the US is operating a handful of bases in Africa, Turse disclosed in his 2015 article for TomDispatch.com that there are dozens of US military installations in Africa, besides Camp Lemonnier in Djibouti, and their number is increasing steadily.