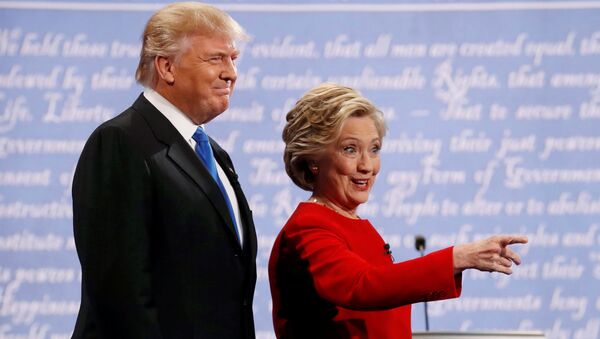 Donald Trump is the peace candidate whereas Hillary Clinton is the war candidate, US Congressman Dana Rohrabacher told Sputnik.

“I think the American people, both Democratic and the Republican rank and file, want a policy focused on peace and cooperation with Russia,” Rohrabacher stated. “The leadership of both parties, except for Don, Donald Trump, are actually antagonistic and are for keeping Russia in a hostile relationship.”

Especially Democratic presidential nominee Hillary Clinton, the congressman from California continued, who has aggressively pushed an anti-Russian agenda and will always view Moscow as an enemy, whereas her rival Trump is willing to make a good faith effort to reach mutually beneficial agreements.

Rohrabacher, who said he wrote more speeches for President Ronald Reagan than any other speechwriter, was a fierce opponent of communism during the Cold War but he has no doubt Reagan in today’s environment would reach out to Russia to find a path to peace and prosperity.

“I think I am keeping with and even Don Trump, in this case, is keeping with the Reagan theory of how to deal with a major foreign power,” he stated.

At a campaign rally in Ohio last week, Trump said that Clinton was not very smart for repeatedly insulting President Vladimir Putin and Russia, a nuclear country, and reiterated his position that it would be great to work with Moscow to defeat the Islamic State.