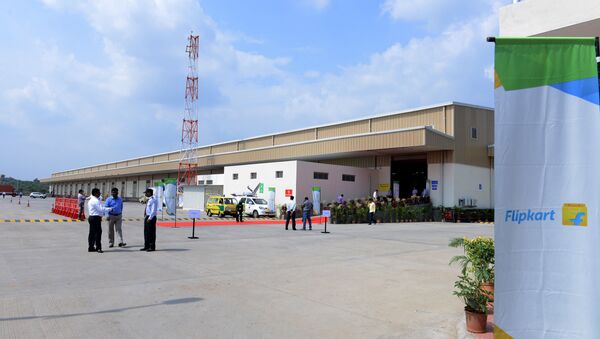 In the slugfest between home-grown Flipkart and multinational Amazon, the Indian consumer has emerged the winner. But Amazon claims third-party appraisals give it the edge in total sales.

Flipkart’s chief executive officer (CEO) Binny Bansal added a personal touch by personally home delivering products in his home town Chandigarh during the festive season of Diwali. He had left the town to team up with Sachin Bansal eight years ago.

Binny underlined how tough it was to beat an established Western rival with deeper pockets and longer online retailing experience.

“The wide lead we have established during this month proves that a home-grown start-up can successfully take on a 22-year global company (which) is pouring money to buy market share,” Binny said in a statement.

The Indian e-retailer’s claims are based on internal estimates. The Bengaluru-based but Singapore-registered Flipkart also claimed to have two-thirds market share in the high margin fashion category and double the market share of Amazon in electronics and smartphones.

But Amazon downplayed Bansal’s comments and issued a statement saying, “We track customer-focused metrics from reputed and independent third party industry sources and believe we are the leaders in all relevant metrics.”

The competition in India’s online retail market space has heated up with both local and foreign ecommerce firms attempting to lure customers with mega-discounts and attractive schemes. Both Flipkart and Amazon claimed to have sold over 15 million units during the recently concluded Diwali season sale. Add the third-placed Indian firm Snapdeal’s claims of selling over 10 million units during their sale period and the total volume goes past 40 million.

The race for the top slot, however, is between Amazon and India’s Flipkart, which until recently was feeling the heat from the Seattle-based American firm. Amazon began its Indian operations three years back and has committed a further investment of $5 billion, an amount far higher than $3 billion Flipkart has managed to raise so far.
Amazon has deep pockets but reported international losses in the quarter ending September, which reportedly more than doubled to $541 million, largely due to investments in India.