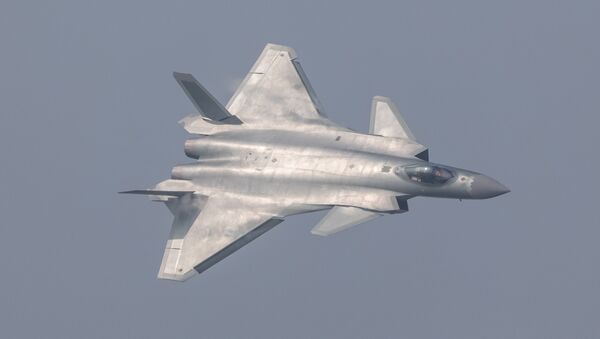 China’s J-20 Stealth Fighter Shows Off New Camouflage
China unveiled two Chengdu J-20 stealth fighters at the Zhuhai air show in Beijing on Tuesday. While the exact specifications of the aircraft remain under wraps, to all appearances the jets have been designed to match the stealth capabilities of fifth-generation fighter aircraft such as the Lockheed Martin F-22 Raptor and Russia's Sukhoi PAK FA.

Drozdenko told Sputnik that the J-20 he saw at the air show appears similar to a Russian prototype fifth-generation jet fighter, the MiG 1.44, which was finally displayed last year.

"In my opinion, the machine is based on the Russian MiG 1.44. That plane was created to compete with the PAK FA at the preliminary design stage, and made its maiden flight in 2000. The Chinese plane is very similar. Although it hasn't been announced officially, the J-20 uses our AL-31F engine, developed by Salut, which the Chinese bought for half a billion dollars," he revealed.

The MiG aircraft corporation began to design a fifth-generation Multirole Tactical Fighter in 1983, in response to US efforts to develop an Advanced Tactical Fighter, which eventually materialized as the F-22. 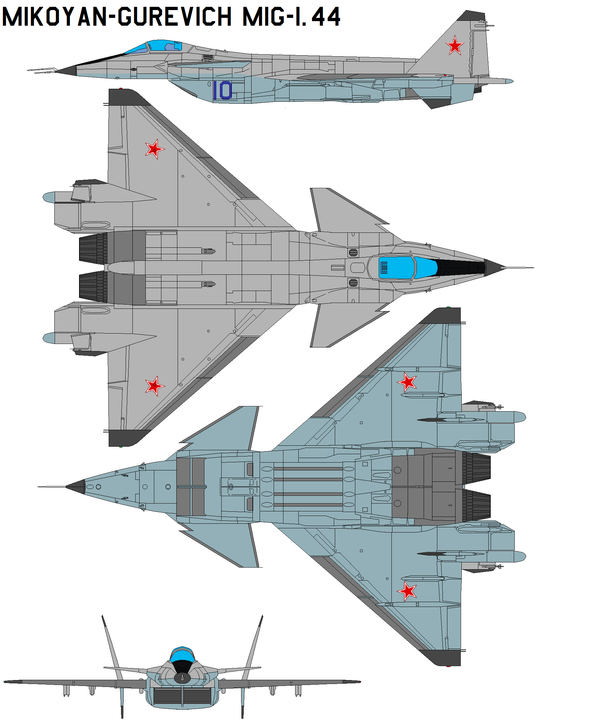 Design of the MiG 1.44
© Wikipedia / bagera3005
During this time the Sukhoi aircraft company also developed a prototype fifth-generation aircraft, the Su-47. The prototype made its maiden flight in 1997, and paved the way for the PAK FA currently in development for the Russian Aerospace Forces.

In 2000 MiG flew a secret prototype of the fifth-generation fighter, but the project was eventually dropped in favor of the PAK FA. The 1.44 prototype remained under wraps until last year, when it was unveiled at the MAKS 2015 International Air Show in Moscow. 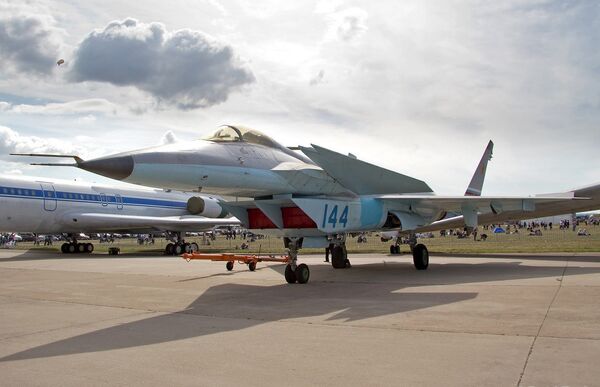 The prototype MiG 1.44 displayed at the MAKS air show
© Flickr / Pavel Vanka
Stealth aircraft are designed to avoid detection using a number of advanced techniques that reduce the reflection or emission of radar signals. The most advanced stealth technology may reduce the plane's radar signature to a level similar to that produced by a bird.

The design of the MiG 1.44 had some stealth aspects, and it was planned that the aircraft would be coated with "radar absorbing material" to improve stealth. The twin AL-41F engines gave the aircraft a "supersonic cruise" capability, and were fitted with thrust-vectoring nozzles.

Test of Gun for Russia's PAK FA 5th-Gen Stealth Aircraft Spotted on Video
Drozdenko is not the first analyst to note the similarity between the MiG 1.44 and the Chengdu J-20, photographs of which began circulating in 2010.

As a stealth fighter, the J-20 is not as optimized for combat as the MiG 1.44, but both planes "have similarly styled delta wing canard configurations and a V-Shaped tail section with closely mounted engines," analyst Cavin Dsouza wrote.