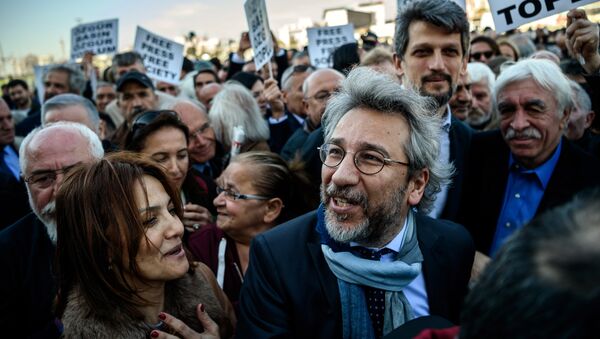 World
Turkey Extends Post-Coup Crackdown to NATO Military Envoys
MOSCOW (Sputnik) — According to the publication, along with Sabuncu, the police have detained Guray Oz, a Cumhuriyet columnist, following raids in their houses.

There were no immediate reports about the reasons of their detentions.

On July 15, a military coup attempt took place in Turkey. It was suppressed the following day. Over 240 people were killed during the coup attempt and an estimated 2,000 were wounded. Ankara has accused dissident Muslim cleric Fethullah Gulen, who has been living in the US state of Pennsylvania since 1999, and his followers of playing a key role in the coup.

According to the Turkish Justice Ministry, a total of 32,000 military officers, high-ranking civil servants, judges and teachers suspected of being Gulen supporters have been arrested in Turkey after the failed coup attempt.