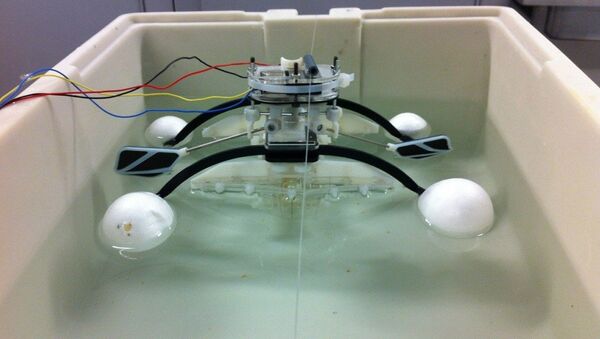 Robot-Avatar Developed in Russia to Be Able to Work in Space
The robot has a ‘mouth’ created from a soft polymer membrane. Through this membrane, food – or rather water containing living organisms – is pumped into the robot’s ‘stomach’, which contains a microbic fuel cell filled with bacteria. The bacteria dissolves living organisms, producing energy for the machine. The robot even has a special vent or canal in the back for waste removal.

000000
Popular comments
So if a load is pumped and gets shot into the back vent canal, the mouth will swallow it, producing energy for the machine?
Lickie Weeks
31 October 2016, 11:44 GMT
000000
Lickie Weeks, probably not, it would most likely be a one way valve from cell to vent