Second Round of Moldovan Presidential Elections to Take Place November 13 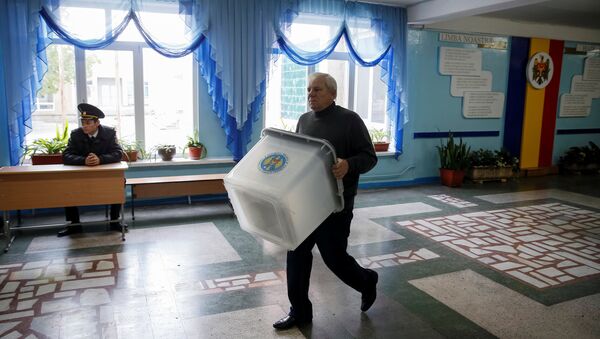 © REUTERS / Gleb Garanich
Subscribe
The second round of presidential elections in Moldova will take place on November 13, a source in the Central Electoral Commission told RIA Novosti on Monday.

Moldovan Presidential Candidate Dodon Says Still Hopes to Win in 1st Round
CHISINAU (Sputnik) — On Sunday, the first round of presidential elections was held in Moldova. The candidate needs to gain 50 percent and one vote to win the elections, while two major contenders, Socialist Party's Igor Dodon and Action and Solidarity's Maia Sandu, gained 48.72 and 37.96 percent of votes, respectively.

"In accordance with the Election Code, the Central Electoral Commission will announce the second round of elections within two weeks. It will be held on November 13," the source said.

The last direct presidential elections were held in Moldova in 1996. Since 2000, the president was elected by parliament, but in March, the constitutional court ruled that Moldova's president should be elected by popular vote for the first time in two decades. Nine candidates were seeking the presidency.