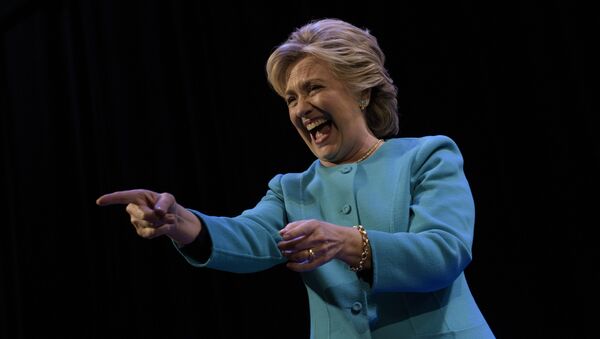 Doug Schoen, who worked as an adviser to US President Bill Clinton, wrote skeptically in an opinion article published Monday about supporting Hillary Clinton in the upcoming presidential election, predicting serious problems if she is elected.

WASHINGTON (Sputnik) — “I remain a Democrat and proud of the work I did for six years for President Bill Clinton between 1994 and 2000 and I write with extreme sadness,” Schoen wrote in The Hill, a news outlet focused on Congress and US politics. “But I cannot in the waning days of the election make the case that Secretary Clinton should be elected.”

According to Schoen, a win by the Democratic nominee on November 8 could yield a presidency that will be marked by a constitutional crisis as Clinton deepens her entanglement in Federal Bureau of Investigation probes of emails sent and received during her tenure as US secretary of state from 2009 to 2013.

Google’s Eric Schmidt Helped Clinton Set Out 2016 Campaign Platform
He predicted that a Clinton presidency could be similar to that of Richard Nixon, whose administration Schoen characterized as “impotent, unable to govern and meet its responsibilities to the American public.”

On Friday, FBI Director James Comey notified members of the US Congress that the bureau has found additional emails relevant to its investigation into Clinton’s use, as secretary of state, of a private email server. FBI investigators will ascertain if the newly uncovered emails contain classified information, Comey wrote.

Clinton has been widely criticized over her use of the home-based server and email account for official business as a cabinet secretary, but in July Comey announced that although her conduct had been careless, criminal charges against her were not warranted.