'Staggering' Statistics: 'Every Nine Minutes One Person Killed in Brazil' 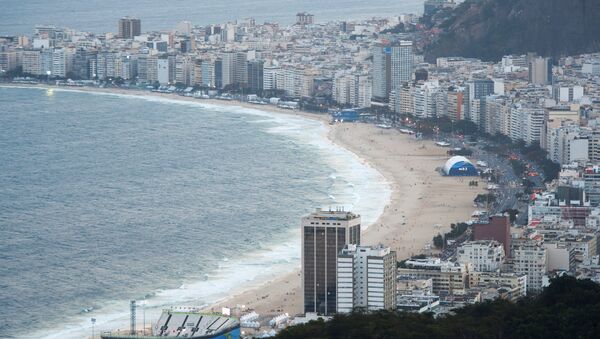 © Sputnik / Grigoriy Sisoev
/
Go to the mediabank
Subscribe
International
India
Africa
More people have been murdered over the past years in Brazil than in the Syrian war, the latest report by Brazilian Forum on Public Security says. Radio Sputnik discussed the findings with political analyst Jorge Mascarenhas Lasmar.

"The statistics say that every nine minutes one person is killed in Brazil. It is really staggering," Lasmar told Sputnik.

According to Lasmar, Professor of International Politics at the Brazilian Catholic University in Belo Horizonte, the actual numbers might even be much higher. In areas, where the authorities don't have a tight grip of the situation, many killings can go unregistered, he argued.

Replying to the question of why this issue has not been widely discussed in the public, Lamar said that Brazilian society tends to ignore problems that emerge within the country.

"I think there is a cultural issue. Brazilians tend to turn a blind eye to domestic problems," the expert stated.

The total number of victims killed amounts to nearly 280,000 people from 2011 to 2015, says a report of São Paulo-based NGO Brazilian Forum on Public Security. Meanwhile, according to the Syrian Observatory for Human Rights, around 260,000 people were killed over the same period in Syria.

Lasmar hopes that these findings would open the eyes of Brazilian citizens to this problem.

"We seriously need to change our policy. We need a federal policy on security to fight these violent crimes," the expert said.

In its latest report Brazilian Forum on Public Security also highlighted the problem of police brutality, considered to be an epidemic by many. Lasmar also stressed that police violence is one of the most important aspects of security problem in Brazil.

"Also, another issue we have to deal with is police violence. In Brazil, in six days the police have killed more people than in the entire UK over the course of the last 25 years. So we definitely need to open our eyes and develop an urgent (…) policy to change that," he concluded.