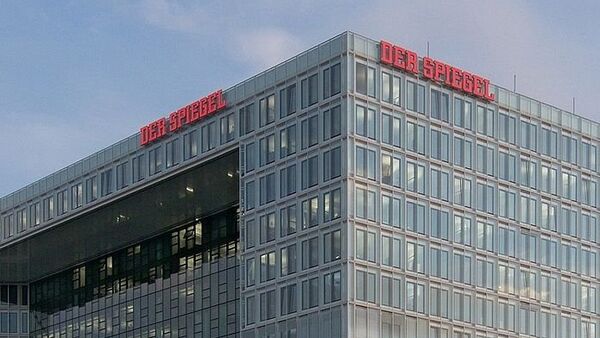 In an almost four-minute video, political editor of Spiegel Online Christoph Sydow tried to defend the editorial policy of his magazine regarding the developments in Aleppo and Mosul. However, the shots demonstrated in his video turned out to be the propaganda materials of Daesh terrorists.

The video was supposed to be a response to critical letters of Spiegel Online readers and their comments on social networks. Many of them accused the magazine of spreading propaganda and presenting the situation in the Middle East in a biased manner.

"Again and again, readers have been accusing us of presenting the Aleppo siege as a bad one, and that of Mosul as a good one. That's not right. Political editor Christoph Sydow explains the similarities and the differences," Spiegel Online reported.

In the video, Sydow explained the similarities and differences of both situations.

"Eastern Aleppo has been cut off from the outside world for months. There is no help coming to the city. People are starving. There is no drinking water, lack of electricity. In Mosul, the situation is different at the moment. The city can receive supplies; people have water, electricity, enough food. Nobody was starving to death there yet," Sydow said.

To prove his point of view, the journalist referred to video footage showing that the situation in Mosul is not as bad as one probably imagined. But it turns out that the footage he used was Daesh propaganda material who currently keep Mosul under their control. 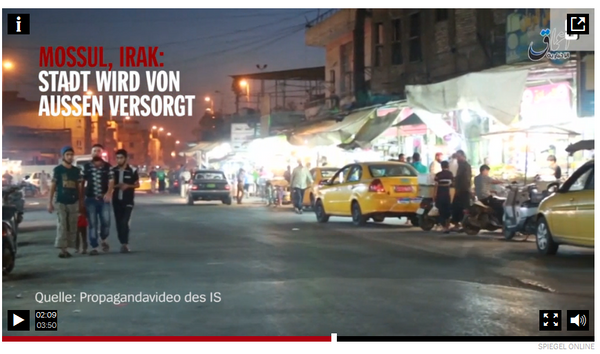 Spiegel refers to Daesh propaganda footage claiming the life in Mosul to be "normal"
© Photo : Screenshot

According to BILDblog, which sharply criticized the German magazine for the releasing video, the shots of the city were published by Daesh a few days ago to make a false impression that people in the city "live a normal life," which in fact is not true.

"This is the most recent Daesh propaganda video which was published online five days ago. It is supposed to show normal life in Mosul, happy people, who have everything they need. However, in fact, there is a lack of water, food, medicines and electricity. This is what people from Mosul tell their relatives in secret telephone calls," the ARD report said. 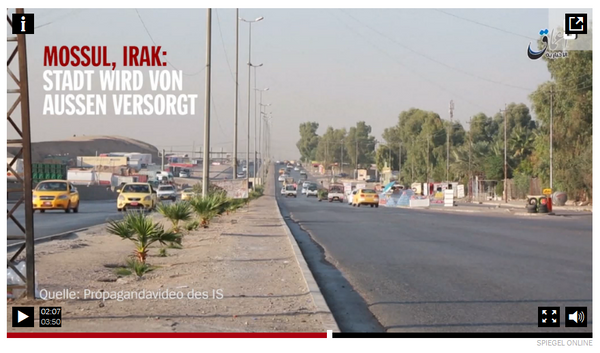 In the right upper corner of the video, near the logo of the Spiegel magazine, one can see "an Amaq" symbol — the logo of Al-Amaq news agency, a media outlet considered an official part Daesh's propaganda apparatus. "This is the propaganda material of the so-called 'Islamic State' (Daesh)," BILDblog wrote. 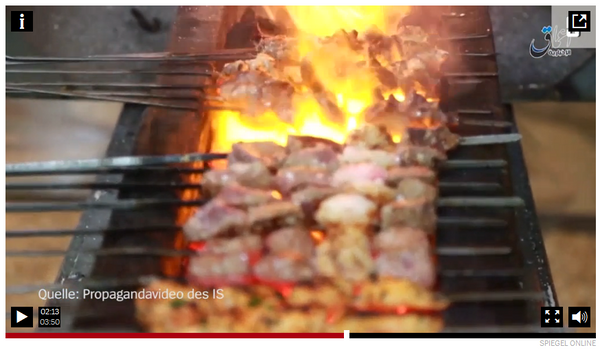 Statement saying that the video was based on propaganda source of Daesh was added later
© Photo : Screenshot

Earlier, Germany's ARD TV channel used the same recordings in its report called "Iraq: Inside Mosul". However, in contrast to Spiegel, the ARD stated that the information was taken from Daesh propaganda sources.