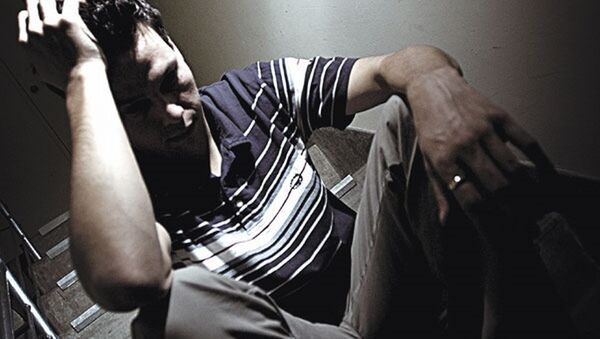 The Federal Reserve’s estimate of labor market conditions has been negative for most of 2016, having declined sharply in September, suggesting recessionary dynamics in the broader economy.

Kristian Rouz – Albeit the US labor market looks solid as ever and near ‘full employment’, with the jobless rate at 5.0pc, the Federal Reserve’s Labor Market Conditions Index (LMCI) has dropped below zero in September, to —2.2pc. The LMCI dynamics suggest increased instability in the labor market, plagued by unsustainable jobs creation, and a low labor participation rate.

US Labor Market Improvements Pushing Wages Up – Fed’s Fischer
The LMCI was in the positive territory in July, at 0.8pc, and in the negative in April, at —3.2pc. However, September’s reading is only the eighth time in roughly four decades when the LMCI has posted year-on-year declines. Out of the previous seven such occasions, in four cases a recession entailed soon after: in 1978, 1991, 2001, and 2007. In two cases, no recession followed: in 1986-87 and 1995-96. The last example of LMCI dropping below zero that occurred in 1981 featured a recession having already started beforehand.

The positive reading for July, however, in a year-on-year estimate is actually negative as well. Between 2012 and 2015, the LMCI turned negative only thrice, but the index has been below zero throughout most of the year. With US economic growth faltering at near 1pc throughout the first half of 2016, the elevated risks of a recession are in place, with the Federal Reserve’s ultra-accommodative monetary policies supporting the economy above zero with the abundance of credit issuance.

"The upshot is that the economic outlook remains fragile despite the ostensible robustness of the labor market," Joseph LaVorgna of Deutsche Bank wrote in a note.

The October reading for LMCI is due on November 7, one day ahead of the election. The Federal Open Market Committee (FOMC) meets on November 1-2 to determine the direction of monetary policy, even though a hike in base interest rates is an unlikely probability due to the election.

“Sometime after the election, historical data will show that in 2016 the US was in recession,” one of the respondents to the Dallas Fed’s manufacturing outlook said several weeks ago. The lingering weakness in manufacturing is choked off by the influx of cheaper imports due to the dollar’s strength and the absence of customs tariffs due to the existing trade deals.

US Housing, Trade Data Might Boost Q3 GDP Amid Manufacturing Drag
The US GDP grew 0.8pc in Q2, and forward estimates suggest the economy might have accelerated to 2.6-3pc in 3Q16 due to gains in the housing market and the slightly narrowed trade deficit. However, domestic economic conditions are grimy outside of the credit-fueled sectors, such as housing. Meanwhile, the amount of household indebtedness is also alarming, whilst many private sector businesses are struggling with debt burdens as well.

For the time being, the New York Fed published their recession probability report, based on the yield curve, or the discrepancy between the 10-year Treasury note and the 3-month bond.  The flatter the curve (the lower the Treasury spread), the likelier the recession. The indicator has hit a new high at 8.3973pc, the highest since mid-2009.