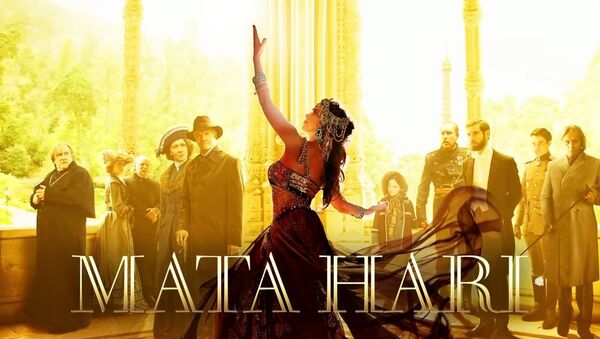 After the Russian TV series "Mata Hari" premiered at the entertainment content market MIPCOM 2016 in Cannes, distributors of more than 40 countries expressed their willingness to buy the rights to it, the head of Roskino Ekaterina Mtsituridze told RIA Novosti in an interview.

The third international film and program market for television, video, cable and satellite MIPCOM was held on October 17-20 in Cannes, France.

"This time, our main focus was on the television series 'Mata Hari,'" said the head of Roskino, also known as the Federal Agency on Culture and Cinematography.

Netflix Releases Russian Cop Drama Centered on Country's Elite 'Golden Youth'
The Russian film opened to international markets for the first time. "It gave us carte blanche, because the show and the prestige of the market increased the possibility of sales," Mtsituridze revealed.

"Gala show of the series was very successful; the large hall of Palais des festivals was full, which rarely happens. 'Mata Hari' was a hit," she added.

She also noted that this series was sold by the British company Red Arrow. According to her, this is the first serious step in the field of international cooperation, both in production and in sales.

"By the way, it's funny that the Romanians and the Iranians were not pleased by the series. They have expressed outrage that the show is about an amoral woman," Mtsituridze said.

The series "Mata Hari" is an epic English-language drama told over 12 episodes and is based on real events. It tells the story of the beautiful exotic dance performer Mata Hari, who was executed for espionage. Filming took place in Portugal, Russia and Ukraine. The project with an international cast and participation of foreign directors is going through post-production in Los Angeles at the moment.