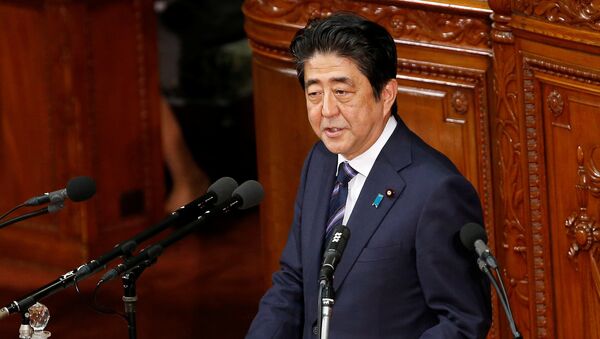 UN Votes for Nuclear Weapons Ban Negotiations Launch
MOSCOW (Sputnik) — On Thursday, the United Nations General Assembly's (UNGA) First Committee voted to launch negotiations on a new treaty banning nuclear weapons. Japan, which is the only country in the world that has been attacked with atomic bombs, voted just as the majority of nuclear countries against the resolution to start the talks.

According to the NHK broadcaster, responding to the question from an opposition lawmaker about the reasons to vote against the resolutino, the Japanese leader referred to the other resolution prepared by Tokyo, which called for abolition of nuclear weapons and had been co-sponsored by Washington.

The media outlet added that Abe said that it was not an easy decision to vote against the resolution, but Tokyo did not want to support the resolution which had been opposed by the nuclear states in order not to discourage them from the support of the Japan-sponsored resolution.