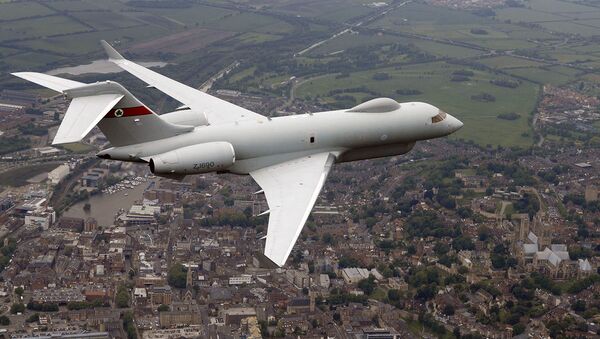 © Wikipedia
Subscribe
The UK government supports the British Sentinel surveillance aircraft, that will ensure 160 new jobs across the United Kingdom.

"This new support contract will sustain 160 jobs across the UK and demonstrates the very tangible benefits which Defense is bringing to the nation’s economy," Baldwin said in a statement.

The Sentinel is a surveillance aircraft that is capable of scanning areas from a high distances, to give troops persistent, accurate and all-weather surveillance intelligence. It has served in many countries including Afghanistan and as part of the North Atlantic Treaty Organization (NATO) operations in Libya in 2011.