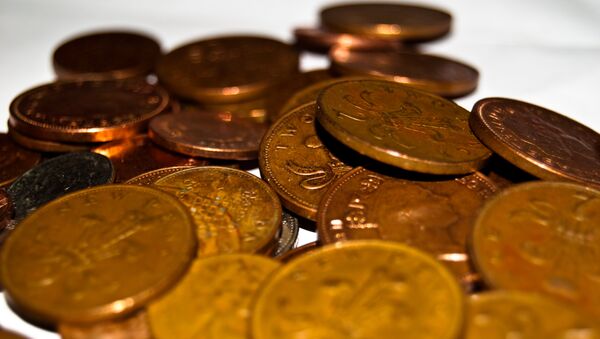 An extremely rare Spanish gold coin from the eighteenth century, valued at around $300,000, has been discovered in a child’s “toy” pirate treasure collection.

Big Mistake: Priceless Space Artifact Was Sold at US Government Auction
An Essex resident was given the gold coin by a grandfather when he was a child, as part of a collection of “treasure” from around the world that he could play pirate with.

“My granddad had travelled all over the world during his working life and had collected many coins from the various countries he had been,” the anonymous owner told the Telegraph. “He gave me bags of coins to play with throughout my early years because I was into pirate treasure.”

As time went on, the coins ended up packed away, until his grandfather’s passing, when the man rediscovered them. He then passed the coins on to his own son to play pirate.

“I looked back through the coins – remembering the stories I made up about them when I was small — and then gave them to my own son to play with and put into his own treasure box. My little boy has been playing with this coin as I did all those years ago.”

Curious to see if it was worth anything, the man took it to experts to see if it had any value. It turns out that the coin was one of fewer than 15 in existence.

The coin was made from treasure seized from Spanish ships in Vigo Bay, Spain, in 1702, which was later pressed into coins and delivered to Sir Isaac Newton at the Royal Mint.

The Queen Anne 'Vigo' five-guinea gold coin is set to go to auction at Essex auctioneers Boningtons in November.