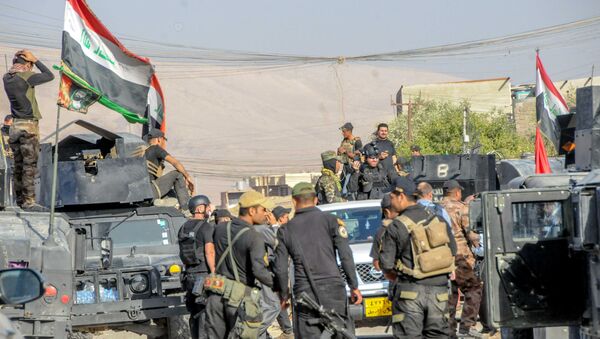 "A variety of political, security, sectarian and historical concerns have vested Turkey with an enduring interest in the fate of Mosul, often at the expense of Iraq’s central government," the report stated.

About 500 Turkish soldiers in the nearby Iraqi city of Bashiqa want to participate in the assault on Mosul, mainly to protect the city’s Sunni Muslim and Turkmen minorities from retribution by Iraqi Shia militias, Soufan’s report explained.

Ankara Will Not Abandon Its 'Brothers Turkmens' in Iraq if They Are in Danger
The government in Baghdad is demanding the withdrawal of Turkish forces from its territory, threatening to use force if necessary, according to the report.

In the past, Shia militias have posted videos online of its fighters torturing men in Iraqi cities, such as Fallujah, shortly after Daesh fighters were expelled.

The Iraqi government has promised to protect civilians in Mosul from Shia paramilitaries during the anti-Daesh military offensive, which began October 17 and is backed by US-led-coalition airstrikes.