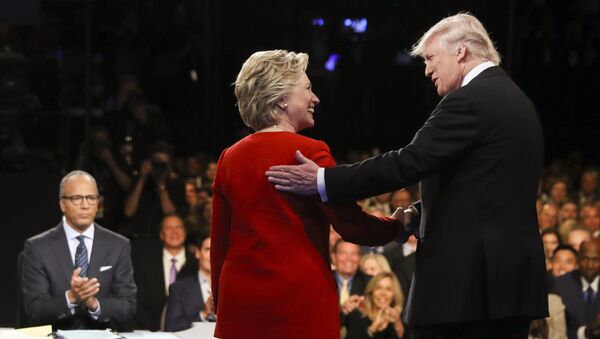 Hillary Clinton’s aides advised to demonize her rival Donald Trump as posing a threat to the United States, according to WikiLeaks.

MOSCOW (Sputnik) — US Democratic presidential nominee Hillary Clinton’s aides advised to present her rival GOP candidate Donald Trump as a threat to the entire country on the campaign trail, according to the emails released by the WikiLeaks whistleblowing website on Tuesday.

"Also think power of her Trump hit is presenting him as a dangerous figure to the whole country not just a contrast with dens," the email sent by Communications Director for the 2016 Clinton presidential campaign Jennifer Palmieri on March 13 to Clinton's speechwriter Megan Rooney said.

Earlier in the day, the whistleblowing website uploaded the 18th batch of emails of Clinton’s campaign chairman, John Podesta, on their website.

​WikiLeaks published the first batch of emails on October 8.

On October 20, the whistleblowing website published letters sent to or by Barack Obama before he became US president.