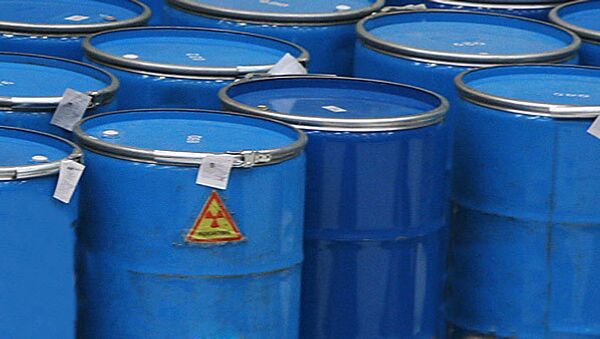 Ukraine is going to start active phase of construction works at its Centralized Spent Fuel Storage Facility (CSFSF) in the Chernobyl Nuclear Power Plant Zone of Alienation in March 2017, the press service of Ukraine’s Energoatom nuclear corporation said on Monday.

KIEV (Sputnik) – Rybchuk also said that Ukrainian authorities had received a report on CSFSF security and the Energoatoom expected a feedback on it within a month.

“The start of an active phase of construction works at the CSFSF site is scheduled on March 2017,” the Energoatom said citing its subdivision Atomproyektinzhiniring’s Director General Olexandr Rybchuk.

He added that the first nuclear fuel delivery to the CSFSF would take place in late 2018.

On October 21, Ukraine’s Minister of Energy and Coal Industry Igor Nasalik said that Ukraine would not pay Russia for nuclear waste disposal since 2017 as it was going to build its own nuclear waste storage.