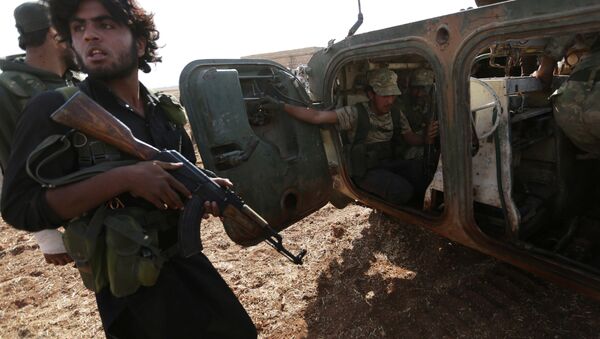 MOSCOW (Sputnik) – On September 9, Russian Foreign Minister Sergey Lavrov and US Secretary of State John Kerry announced a ceasefire in Syria that took effect three days later. The ceasefire unraveled, however, after a September 17 US airstrike on Syrian troops and the government's subsequent offensive against terrorist positions in the city of Aleppo.

Fighting has been continuing in Aleppo during most of the five-year Syrian conflict. The Russian and Syrian governments agreed to stop airstrikes on Islamist fighters controlling parts of the city starting on Thursday. The humanitarian pause was later extended into Friday afternoon.

"In 24 hours, 51 attacks were by illegal armed groups in the provinces of Aleppo (24), Damascus (18), Hama (seven) and Latakia (two)," the center said in a statement released by the Russian Defense Ministry.