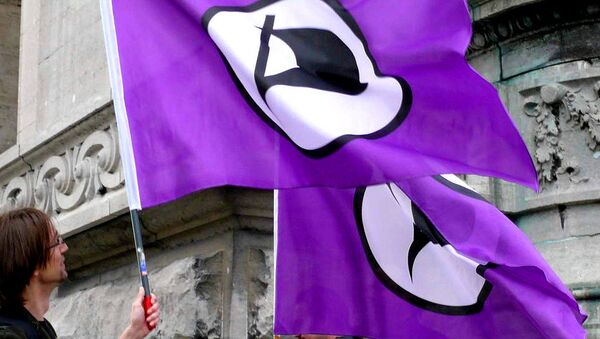 A Pirate Party takeover seems to be imminent in Iceland, as they lead in polling ahead of voting on Saturday.

According to an online poll run by the Social Science Research Institute at the University of Iceland, the party is leading with 22.6 percent of voters — 1.5 percent ahead the incumbent center-right Independence party.

“Its members are a collection of anarchists, hackers, libertarians and Web geeks. It sets policy through online polls — and thinks the government should do the same. It wants to make Iceland ‘a Switzerland of bits,’ free of digital snooping. It has offered Edward Snowden a new place to call home,” the Chicago Tribune wrote of the Pirate Party.

Disillusionment Fuels Pirate Party Popularity in Europe
Though, the Tribune notes, Iceland is very small, with a population less than half the size of Washington DC, the symbolism of a Pirate Party victory would be huge, as another European nation rejects politics as usual.

From Brexit, to the rise of Bernie Sanders in the United States, it appears that people across the globe are rejecting traditional politics and opting for more populist representation.

In 2013, three members of the party were elected to the Icelandic Parliament.

“It’s a people’s movement,”Jonsdottir told the Washington Post in a video interview. “Ordinary people being able to go into parliament and change laws that were actually give other people more power. It’s a message of hope.”