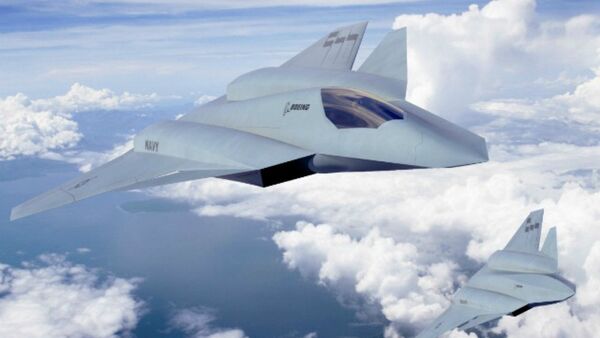 In spite of the many kinks remaining to be worked out on the F-35 Joint Strike Fighter, the Pentagon is already looking at what comes next.

Last week, US officials made assurances that the $1 trillion, state-of-the-art  weapons platform would soon be finished with repairs.

"Rapid progress is being made in fixing 15 operational F-35A aircraft needing modifications to repair non-compliant Polyalphaolefin (PAO) coolant tubes," the aircraft’s Joint Program Office spokesman, Joe DellaVedova, told Military.com. "All 15 aircraft are expected to fly again by the end of the year."

With the latest US fifth-generation fighter barely able to stay aloft, the Pentagon is already looking toward its sixth-generation successor.

The new aircraft, already in the conceptual development stage, is slated for launch in the mid-2030s, and is being developed by the US Air Force and Navy, according to Scout Warrior.

For the Navy, the sixth-generation aircraft will replace its fleet of F/A-18 Super Hornets, which will begin to be retired by 2035.

Officials have floated lofty ideas about the technology that will be included. Stealth is obviously a major consideration, but developers also have their eyes on "smart skins." This would, in theory, mean that the fighter’s sensors and other electronic equipment would be built into the plane’s fuselage, cutting down on weight and reducing drag.

Increased autonomy is another goal. While many military experts expected the F-35 to be the last manned aircraft produced by the US, given advances in unmanned systems, it appears the Navy is unprepared to completely abandon the need for pilots.

The plane will naturally feature futuristic weapons systems. A hypersonic missile is one option, though the technology necessary for such a system does not yet exist. According to Scout Warrior, developers are also pursuing onboard lasers, as well as an electronic attack system.

While no cost estimates have been given, it’s hard to imagine the sixth-generation jet costing less than the one and a half trillion dollars required to develop and fly the beleaguered F-35. Despite that high price tag, the fifth-generation fighter has faced a number of technical hurdles.

Most recently, officials expressed concern over the F-35A’s ejector seat, which could endanger pilots weighing less than 165 pounds. The US Navy is also experiencing difficulties with the helmet of its F-35C variant, the only model not yet deemed combat-ready. Tests have shown that the ambient "green glow" of the helmet’s heads-up display is blinding pilots during night carrier landings.

Hopefully American engineers have learned from past mistakes.