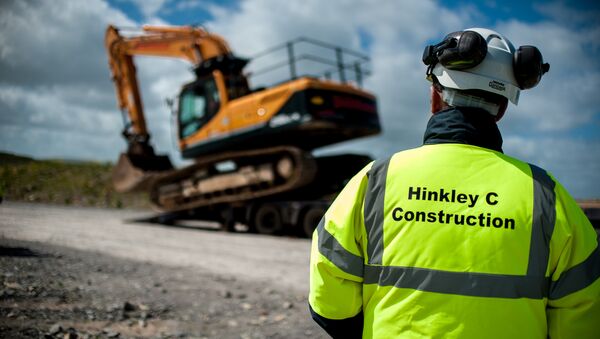 © Photo : EDF Energy
Subscribe
Plans to allow China to build another new nuclear power station in the UK will "evaporate" in the wake of the predicted failure to bring online its next one - built by France and financed by China - because of financial and technology issues.

Britain's quest for a new breed of nuclear reactors to be built have been fraught with difficulties, because of objections from environment campaigners and some politicians, who believe the cost of building, running and decommissioning the plants make the economics of them unviable.

The latest nuclear power station to get the go-ahead by the British Government is at Hinkley Point in the west of England, which has been on the cards for years, but has suffered a series of setbacks over funding.

Originally intended to be built and run by French energy giant EDF, Hinkley ran into difficulties following the Fukushima disaster in Japan, when tsunami triggered a series of events that ended in three meltdowns and the release of radioactive material.

That led to a loss of confidence in the nuclear industry and EDF's inability to fully fund Hinkley. Britain lobbied China, who eventually agreed to fund a third of the costs of building Hinkley, in return for an option to build another plant in the east of England at Sizewell.

​However, leading Green Party activist and environment writer Sir Jonathon Porritt told a public meeting, near Sizewell: "The government is committed to a nuclear renaissance which has a price tag that nobody can actually quite believe.

"I do not believe Hinkley Point will ever produce electricity. It might get started because the government is so committed to it and wrapped up in it and wants to save face, but I don't believe it will generate electricity," he said, quoted in the East Anglian Daily Times newspaper.

At the heart of the Hinkley issue are the cost of construction, the final energy price and the technology.

China stepped in to underwrite 33 percent of the build after the UK Government agreed a "strike price" that guarantees EDF US$141 MWh for generating electricity over 35 years and a debt guarantee — double the current cost of generation.

#Hinkley Point C expensive by historical standards, but not relative to other generation III+ reactors pic.twitter.com/QC4F42HibS

Meanwhile, there have been continuing technological problems with two similar plants being built at Flamanville in northern France and Olkiluoto in Finland — both of which have been beset with technical problems and cost overruns.

"The Government has just signed a deal for the most outrageously overpriced white elephant project imaginable. Not only are bill payers going to be ripped off but this absurd project will also divert resources away from building the energy infrastructure we need, and threaten our climate change targets because of the snail's pace at which it will be built," Caroline Lucas, the Green Party's co-leader said.