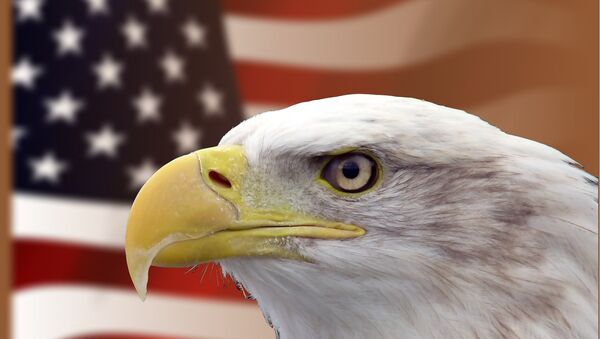 © Photo : Pixabay
Subscribe
Hillary Clinton's Time magazine article, titled "Why America is exceptional," has prompted pundits around the world to scratch their heads, according to Konstantin Kosachev, head of the Russian Upper House's Foreign Affairs Committee.

He decried the all-American panegyric as a "perfect example of propaganda pertaining to social, racial, national, religious or linguistic superiority."

In an article published by the Russian newspaper Izvestia, Kosachev recalled in this regard that in "very many countries," including Russia, such propaganda is outside the law.

He specifically drew attention to the fact that the article, which claims that "the US is an exceptional and indispensable nation," was written by the former US Secretary of State and the current Democratic presidential candidate.

Kosachev also underscored that America's exceptionalism is touted by a person who may soon "be at the helm of a country possessing the largest military arsenal in the history of mankind."

According to Clinton, "most of all, America is indispensable — and exceptional — because of our values, including our country's commitment to freedom, equality and opportunity."

"How exceptionalism can be combined with equality is a linguistic and logic puzzle," Kosachev said commenting on Clinton's article.

There is 'a Path to Normalization in Relations Between US and Russia'
He slammed Clinton's praise, countering that US exceptionalism presents "an open challenge to a multipolar, just, equal and democratic world, based on the basic norms and principles of international law."

Clinton argues in her article that "we need to continue leading the world because when America fails to lead, we leave a vacuum that lets extremism take root, emboldens our adversaries and discourages our friends."

Kosachev retorted that "the most incredible thing is that this is not hypocrisy, because a possible US President really believes in what she is saying, even after [the events] in former Yugoslavia, Iraq, Libya and Syria."

Additionally, he pointed to the extract in the article where Clinton claims that "Russia and China can't begin to compare" when it comes to America's "network of alliances, built up with decades of diplomacy."

It seems that mentioning Russia, mostly in a negative light, remains part and parcel of Clinton's pre-election campaign, even though on October 12, President Vladimir Putin called on the United States not to use Russia as a "bargaining chip" in their domestic political struggle.

During the second round of presidential debates earlier this month, when answering a question about the compromising emails which had been revealed following her nomination, Clinton launched an attack on Russia, accusing Moscow of aggression.

Did Hillary Call for ‘Killing a Lot of Civilians’ in Syria During the Debate?
She also accused Russia of an attempting to destroy Aleppo, aggression and airstrikes against civilians in Syria.  "I've stood up to Russia, I've taken on Putin and others, and I would do that as President," she said.

During the third presidential debate, Clinton said that she will keep on insisting on establishing a no-fly zone in Syria to gain leverage over Damascus and Moscow. She said so despite shocking revelations from WikiLeaks emails wherein she acknowledged that a no-fly zone in Syria would have horrific human consequences.

Interestingly, according to WikiLeaks statistics published on its Twitter account, the words 'Russia' or 'Putin' were mentioned 178 times during the US presidential debates this year.

000000
Popular comments
Listen. Do not rate the American people or the US based on Obama or Hillary. Hillary is an "old has been" with "old has been" proposals. Obama hates anyone that is not black or a Muslim. Obama feels inferior when around Putin. Hillary is fake. Obama is fake. I have traveled around the world. Most people want visas to the US. Many would like to live here. Hey we, the American people, like the Russian people and believe an alliance between the two nations would help bring prosperity and peace to the world.
unicorn
23 October 2016, 19:05 GMT7
000000
Exceptionalism is fascism. WW2 Germany and the third reich was "exceptional". The Ziowahhabi state in occupied Palestine and most jews conciser themselves "exceptional" and above humanity.