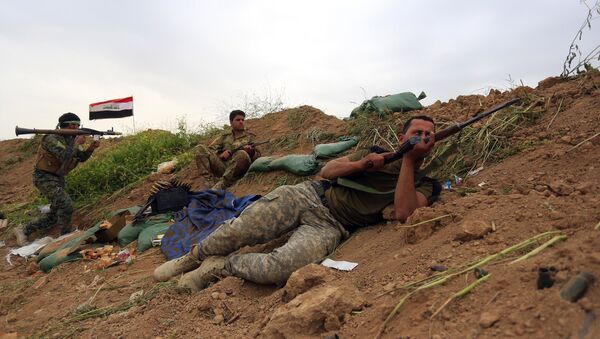 Daesh's offensive on the city of Kirkuk about 86 miles east of Mosul, during which the militants captured several districts, seems to be aimed at distracting advancing Iraqi forces, a source in the Russian Defense Ministry said Saturday.

Daesh Entering Kirkuk Among Displaced People Arriving in City by Thousands
MOSCOW (Sputnik) — On Friday, media reported that Daesh militants had launched an attack on several venues across the northern city of Kirkuk. The city lies some 110 miles away from Mosul, which Iraq is trying to liberate from Daesh. Later, Iraqi security forces repelled the attack.

"Yesterday, Daesh militants, belonging to the group that holds Mosul, attacked the city of Kirkuk 140 kilometers [86 miles] east of Mosul, took seven districts and continue advancing. Apparently, the militants have started this attack as a diversion. The militants' offensive has taken the coalition forces by surprise," the source told RIA Novosti.

According to the source, the militants took over the Kirkuk prison and recruited the inmates.

The Iraqi government announced an operation to retake Mosul from Daesh on Monday and has been making rapid gains on several fronts since then.