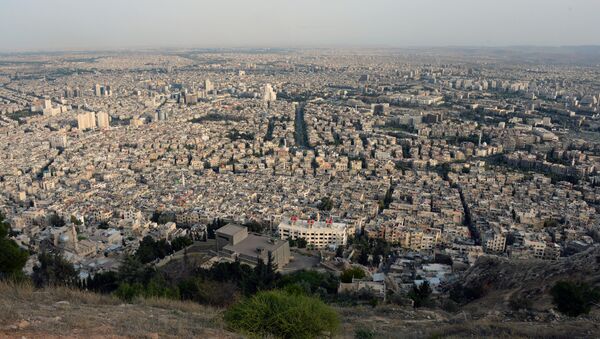 The Syrian army foiled on Friday a militants’ attack on its positions in the Jobar neighborhood on the eastern outskirts of the country’s capital of Damascus, local media reported.

MOSCOW (Sputnik) – The attack was committed by members of the Jaish al-Islam and al-Rahman Legion groups, the Sana news agency reported.

The assailants are said to have used tunnels to attack the Syrian soldiers directly covering up an attack from another direction.

Some 800 Militants With Families Leave Damascus Suburb Under Deal With Gov't
The ongoing conflict in Syria has lasted for about five years. Since its beginning it has claimed lives of thousands of people and displaced millions more. The international community has undertaken steps to end the Syrian conflict and to solve the humanitarian crisis in the Middle Eastern country.

On September 9, Russian Foreign Minister Sergey Lavrov and US Secretary of State John Kerry unveiled a peace plan to address the conflict. The ceasefire deal was later shattered by numerous violations, which resulted in intensified fighting between the Syrian government and militants in Aleppo. The Syrian government has announced an end to the ceasefire regime, while Russia said that the United States failed to fulfill its obligation to separate terrorist groups from moderate opposition.