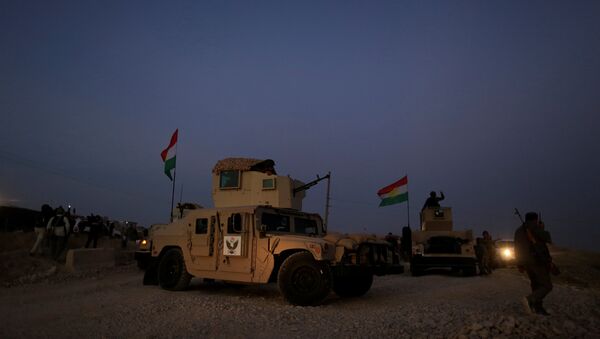 The United States has not seen any unauthorized activities of Turkish military forces near the Iraqi city of Mosul, where the US-led coalition is executing an operation against Daesh, the White House spokesperson Josh Earnest said at a press briefing on Friday.

UN Human Rights Commissioner Concerned Over Daesh's Use Human Shields in Mosul
WASHINGTON (Sputnik) — The Turkish government had previously announced the presence of its troops near Mosul was aimed to support the Kurdish Peshmerga and Sunni forces in their attempts to liberate the city from Daesh.

"Thus far, with regards to Turkish presence outside of Mosul, we have not seen movements that have raised concerns about the Turks violating that principle," Earnest stated. "We will continue to monitor this situation."

Earnest noted the United States has made it clear to Turkish authorities that "any effort or any operation its undertaken in support of counter-Daesh operation must be coordinated with and in support of first given by Iraqi government."

About 30,000 Iraqi soldiers and 4,000 Kurdish Peshmerga fighters are participating in the operation, backed by artillery and airstrikes carried out by the US-led coalition.