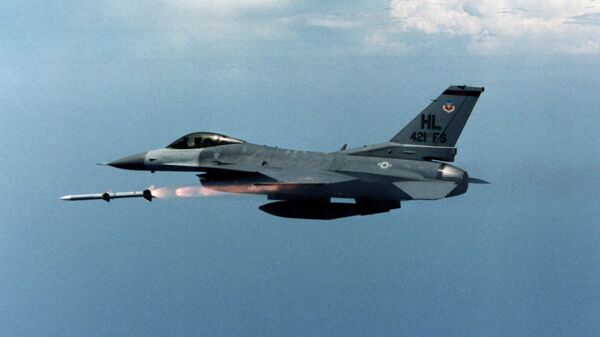 The US-led coalition systematically destroys infrastructure in Syria and carries out airstrikes against civilians and the Syrian army, Russian envoy to the UN office in Geneva Alexei Borodavkin said at a special session of the UN Human Rights Council on Friday.

"While hysteria is being whipped up around Aleppo, the US-led coalition has been systematically destroying infrastructure in government-controlled areas, delivering crushing strikes to civilians and the Syrian Army, and now seems to intend to squeeze Daesh terrorists from [the Iraqi city of] Mosul into Syria," he said.

The Iraqi government announced an operation to retake Mosul from Daesh, a group outlawed in Russia, on Monday and has been making rapid gains on several fronts. The US-led coalition supports the offensive.

The Syrian Army claimed on Tuesday that the US and Saudi Arabia decided to allow Daesh terrorists pass into Syria from Mosul.

Borodavkin added that "certain countries continue placing stakes on terrorists and extremists, rendering them political and propaganda assistance, supplying them with arms and ammunition."

In September, the US-led coalition attacked the Syrian Army in Deir ez-Zor. The airstrikes by the coalition planes near the Deir ez-Zor airport were first reported by the Syrian troops. The Russian Defense Ministry confirmed the attacks. The US Central Command said that the Syrian forces were mistaken for Daesh terrorists. The attack killed more than 80 soldiers.

Incredible Transformation: US Media Turning 'Terrorists' Into 'Rebels' in Aleppo
Syria has been mired in civil war since 2011, with government forces loyal to President Assad fighting numerous opposition groups and terrorist organizations such as Daesh and al-Nusra Front.