At Least 20 People Killed, 45 Injured in Airstrike on Iraq’s Daquq 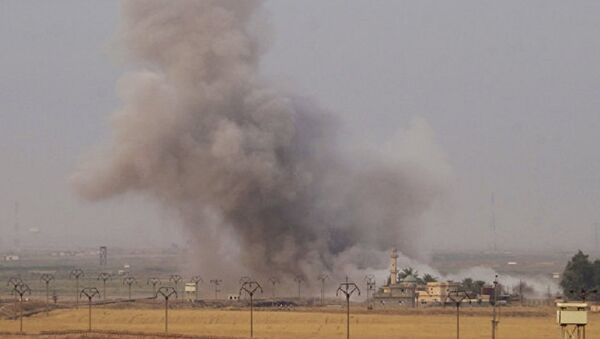 An airstrike, which targeted a mourning procession in the town of Daquq, Iraqi northern province of Kirkuk, left at least 20 people killed and 45 more injured, local media reported.

US-Led Coalition Conducts ‘Massive’ Airstrikes Near Iraq’s Mosul - US Envoy
MOSCOW (Sputnik) – According to the Shafaq News media outlet, the airstrike was mistakenly carried out by the US-led coalition while other media reports say the US air forces were responsible for the attack.

The incident occurred several hours after the Islamic State terror group attacked the city of Kirkuk as well as a power plant in the town of Dibis, about 35 miles northwest of Kirkuk.

The Kirkuk’s governor said police repelled the attack and militants had not captured any government buildings.

The US-led coalition of more than 60 nations has been conducting airstrikes against Daesh in Syria and Iraq since 2014.