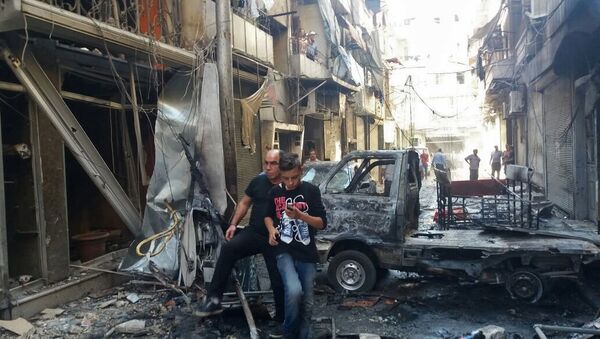 Terrorists opened fire from mortars and small arms at a humanitarian corridor in the Bustan al Qasr neighborhood in the Syrian city of Aleppo, a RIA Novosti correspondent reported Thursday.

A more quiet atmosphere is observed at the second humanitarian corridor near the Castello Road in northern Aleppo ahead of the scheduled evacuation.

A planned 11-hour pause in airstrikes on terrorist positions came into effect in Aleppo at 05:00 GMT to let civilians leave the city along six corridors, in addition to two corridors opened for militants.