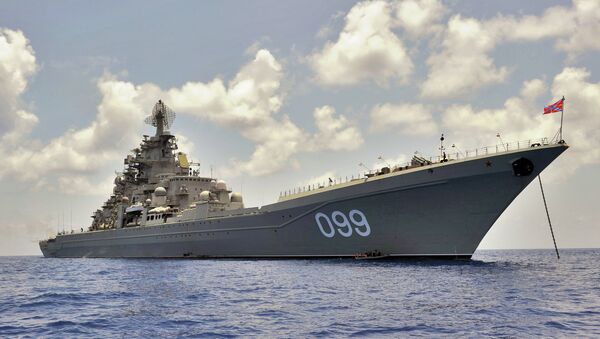 NATO warships will escort a Russian aircraft carrier group on its tour to the Mediterranean Sea, a source in the alliance told RIA Novosti on condition of anonymity.

BRUSSELS (Sputnik) — The naval group of Russia’s only aircraft carrier Admiral Kuznetsov set sail last Saturday for the eastern Mediterranean from the Northern Fleet’s home base of Severomorsk in northwestern Russia. Its expected passage through the English Channel put the Royal Navy on alert.

"Russia has the right to operate in international waters. The NATO Navy plans to observe Russian ships on their way to the Mediterranean," the source said.

The Russian aircraft carrier is accompanied by the Pyotr Veliky battle cruiser, the Severomorsk and Vice-Admiral Kulakov anti-submarine destroyer, and support vessels. Their crews are expected to hold maritime drills to increase interoperability between the Navy and warplanes.