Can Iran, US Restore 'Friendship' in ICJ After Tehran Files Case? 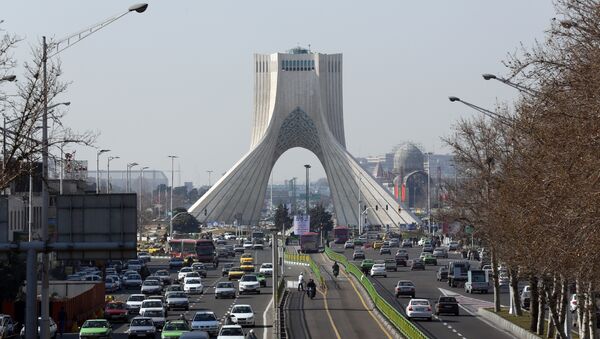 © AFP 2023 / ATTA KENARE
Subscribe
International
India
Africa
Iranian-US friendship marks its 61st anniversary this year. However, for one party this friendship is quite burdensome. At least, so it is seems to be for the Islamic Republic as Tehran intends to file a lawsuit against Washington's failure to comply with the provisions of the 1955 US-Iran Treaty of Amity, Economic Relations and Consular Rights.

Iran Releases Pictures of Intercepted US Combat Drone
The decision to file a lawsuit against the US was made on Tuesday at a meeting of the Iranian parliament in which 182 deputies [the vast majority] voted in favor of judicial proceedings against the United States for failure to comply with the provisions of this Treaty.

The lawsuit is planned to be filed against Washington in the International Court of Justice. Sputnik spoke with Mojtaba Jalalzadeh, an Iranian expert on international policy for the research center of Azad University in Tehran.

“The so-called Treaty of Amity, Economic Relations and Consular Rights was signed by US President Dwight D. Eisenhower and Iranian Prime Minister Hossein Ala. It was ratified by the National Parliament in 1957 entering into force. The main purpose of the conclusion of this agreement was to expand US investment in Iran.” Jalalzadeh said.

He noted that this is not the first time that the issue of infringement has been raised.

The first time it was the US that appealed to the International Court of Justice in connection with the events of 1979, when after the victory of the Islamic Revolution in Iran, the US embassy in Tehran was seized.

After that, the concern was raised by Iran against the United States in connection with the crash of Iranian airliner Airbus A300B2-203 over the Persian Gulf, which was shot down by a US Navy missile [the accident occurred on July 3, 1988. All 290 passengers on board, including 65 children were killed].

Who is Really Behind the US-Based Organization 'United Against Nuclear Iran'?
The third case of gross violation of the provisions of the treaty occurred in 1992 when the destruction of several Iranian oil platforms in the Persian Gulf by US warships took place.

“As to the decision made at the last meeting of the Advisory Council of the Islamic Parliament of Iran, it is an order which is enforceable by the Iranian government. Accordingly, the resolution adopted in the future will give more opportunities to the Iranian side to be guided by legal norms of international law in its claims against the United States,” Jalalzadeh told Sputnik.

This decision to appeal to the court came as a reaction of Iran to the US’s failure to comply with the commitments regarding the nuclear agreement.

Secondly, it is a response to the law, which was passed by the US Congress recently. “Let me remind you that according to this law, more than 2 billion dollars of frozen Iranian assets have to allegedly go as payment of compensation to the families of the US marines that were killed in the terrorist attacks [in 1983 in Lebanon]. The rest of the amount is set to go to relatives of other victims of the attacks which the United States blames on Iran.”

“Such a decision taken by the Congress became a reason for Iran to put forward its claims, because the US has no right to dispose of national assets of Iran.”

“In view of all these circumstances, Iran, referring to Note 2 to the point number 21 of the Treaty of Friendship 1955, is pursuing its legal right and intends to file a lawsuit in the International Court of Justice against the United States,” Jalalzadeh said.

He further added that the trial will be long and currently it is difficult to predict how long it may last because a lot depends on bureaucratic procedures and rules of the courts.

“However, if we talk in terms of diplomacy and international law, there is a chance that the United States will be found guilty. In any case, this opens up great opportunities for Iran in the international legal arena for wider political maneuvers and it is the first link in the chain of evidence that demonstrates the violations of US and international standards of the rights of Iran,” the expert concluded.