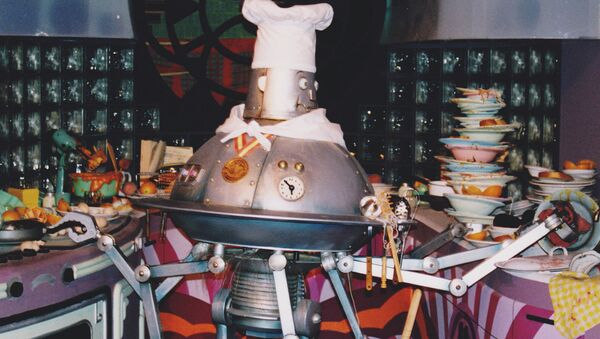 This statement comes at a time when the Modi government has reeled under huge pressure to create jobs for millions. The government in response started its ambitious “Make in India” program to create jobs, but most of the manufacturing companies are moving towards automation, increasing fears of reduction in  jobs for humans.

Meet SARA, Very Social Robot That Intends to Make Society Stronger
The automobile, textile and banking sectors are replacing contractual jobs with robotics. Recently, Raymond, one of India’s biggest employers, announced it would lay off 10,000 workers and replace them with robots in its textile business. It is estimated that India’s IT industry will lose 640,000 jobs in next five years due to large scale automation.

Geete also stated that India needs to compete with China which has gained international market share with its cheaper manufacturing process.

Though, real time unemployment data is not available in India, its labor bureau conducts a survey in a few thousands industries and releases employment data. According to Labor Bureau data, only 0.13 million jobs have been created in the last year while estimates show that 13 million people are added to the workforce every year.

“A deeper analysis of the data reveals a rather scary picture. Instead of growing, livelihoods are being lost in India on a daily basis. As many as 550 jobs are lost in India every day (in the last four year as per Labour Bureau data) which means that by 2050, India jobs will have reduced by 7 million, while the population will have grown by 600 million,"  reads a statement released by Delhi-based civil society group PRAHAR.