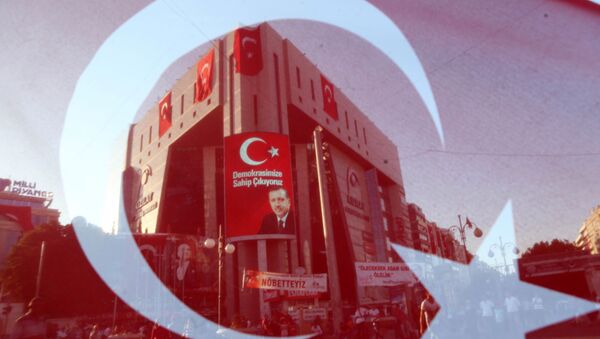 ANKARA (Sputnik) — Despite vocal foreign and domestic concerns, Turkish President Recep Tayyip Erdogan is poised to hold a referendum to abolish the 1923 constitution and its parliamentary system to complete his executive sweep.

"The offer on the presidential system includes 12-15 items. The parliament can discuss it in January and, if it passes, it can be put to a referendum in April next year," Yazici told Turkey's NTV broadcaster.

A proposal to replace Turkey's parliamentary democracy with a presidential system is expected among a set of constitutional reforms the ruling party is planning, Prime Minister and AKP chairman Binali Yildirim said last week. He said the constitutional reform bill could either be adopted by a majority of 367 votes or be brought to a referendum if it gains 330 votes.