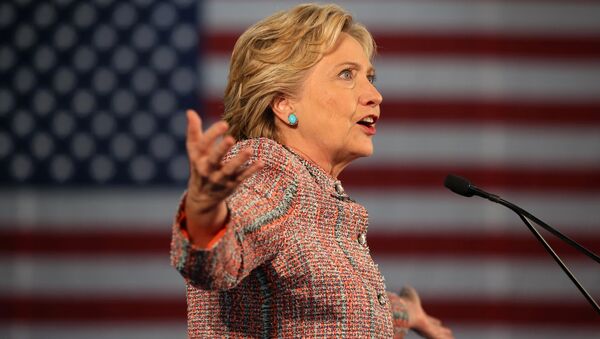 Georgia's Environmental Protection Division is investigating an incident of a Hillary Clinton campaign bus dumping human waste into a storm drain on the side of the road on Tuesday morning.

Responding to the allegations, critics of the former US Secretary of State have — rightfully — not stopped making poop jokes, terrible puns, and declaring the incident a metaphor, since the news broke.

“A spokeswoman called the fecal matter an ‘honest mistake’? And so was Benghazi, and the videotape, and Hillary’s email…” one commenter lamented on WND. “They’re gonna need a lot of BleachBit,” another noted.

The Democratic National Committee’s “Forward Together” tour bus was caught on camera dumping waste on Grayson Highway in Lawrenceville, Georgia, by an appalled witness, Mike Robins. The business manager sent what he captured to his local CBS affiliate, and told the station that a hazardous waste crew had came to the scene to minimize the sewage left on the road from getting into the drain.

The police told the station that when they arrived, toilet paper littered the road and there was a strong foul odor.

The bus had just left the Gwinnett County Board of Elections Office, where early voting was beginning.

Clinton v Trump: Twitter Reactions to Most Watched Presidential Debate Ever
The DNC responded to the station saying that the dumping of human waste was an honest mistake.

“This was an honest mistake and we apologize to the Lawrenceville community for any harm we may have caused. We were unaware of any possible violations and have already taken corrective action with the charter bus company to prevent this from happening again. Furthermore, the DNC will work with the Georgia Department of Natural Resources, as well as local and state officials to determine the best course of corrective action,” their statement to CBS read.

Any penalties handed down will likely be to the charter bus company, and not to the DNC or Clinton campaign. The (fecal) matter is still under investigation, however.