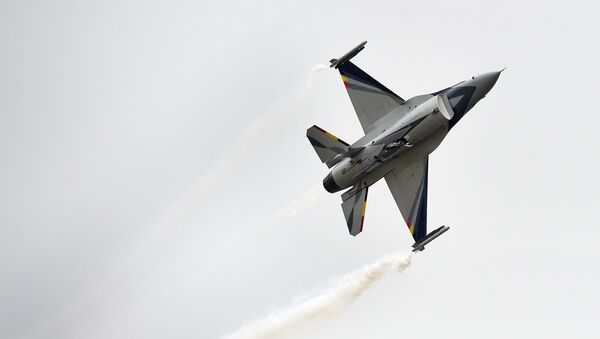 The Russian Foreign Ministry spokeswoman is waiting for Washington to condemn the alleged airstrike by Belgian F-16 jets on a Syrian village that killed at least six people.

“We are waiting for the statements from the US Department of State condemning the attacks on civilian objects and killing of civilians. I think, it will be easy to find photographs of those who died [in the incident] to launch a corresponding campaign on CNN [broadcaster]," Zakharova posted on her Facebook account.

UK Confirms It Took Part in Airstrike in Deir ez-Zor When Syrian Army Was Bombed
The Russian center for Syrian reconciliation said Tuesday it had received local reports of an airstrike on Hassajek resulting in killing of six people and at least four wounded.

According to the bulletin, Russian or Syrian aircraft did not operate in the area at the time of the strike while air traffic control systems detected two F-16 fighter jets of the Air Force of the Kingdom of Belgium at the specified time and area.

Belgian F-16 fighter jets are part of the US-led international coalition fighting against terrorists in Syria and Iraq.

Allegedly #Belgium has killed civilians in #Aleppo, #Syria. Will the liar and hypocrite @JohnKerry of the @StateDept condemn it? Unlikely.