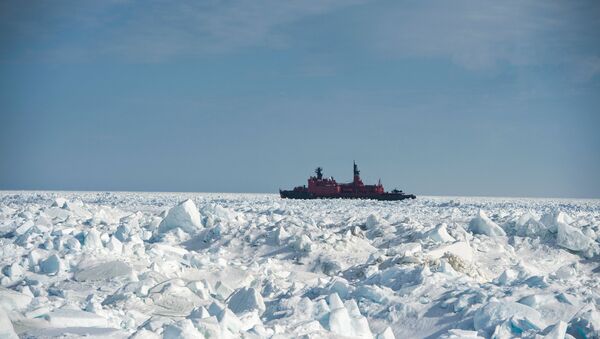 Asian nations are demonstrating increasing interest in research and exploration of vast Arctic resources. According to the Russian International Affairs Council (RIAC) think tank, some of Asia's emerging economies view Russia as a "ticket to the Arctic riches."

Despite its remote location, the Arctic has become the focus of global attention with numerous countries having tied their fate to the resource-rich region, the Russian International Affairs Council's (RIAC) October report reads.

While the eight Arctic nations — Russia, the US, Canada, Denmark, Finland, Iceland, Sweden and Norway — are regarded as main contenders for the region, Asian countries are also demonstrating their lively interest in the Arctic's natural reserves and transport corridors.

"Countries from East Asia, Southeast Asia and South Asia have noticeably stepped up their research activities in the Arctic, in an attempt to take full advantage of opportunities offered by the North Pole," the report entitled "Asian Players in the Arctic: Interests, Opportunities, Prospects," states.

Symmetrical Response: Russia Will Get Division of Troops 85 KM Off US Border
The authors of the document explain that that the interest toward the Arctic on the part of Asian players is understandable: major Asian economies are demonstrating strong economic growth with their industrial development gaining momentum. Furthermore, the demographic situation in the region is also showing positive dynamics.

Given all these, "securing access to new resources" has become an issue of ultimate importance for the emerging economies of Asia.

Citing the United States Geological Survey's assessments of the Arctic's hydrocarbon reserves, the authors of the report call attention to the fact that "the Arctic region contains around 13% of the world's undiscovered oil reserves and 30% of its undiscovered gas reserves."

What is more important, however, is that the largest gas reserves are concentrated in the Russian part of the Arctic, the report emphasizes.

Although China, Japan, the Republic of Korea, India and Singapore were granted observer status in the Arctic Council in 2013, their role in the organization is limited to being kept up-to-date on the agenda formulated by the eight Arctic nations.

Given this, the RIAC report assumes that Russia may bolster its ties with the Asian geopolitical players by strengthening cooperation in research and development of the Arctic.

Apple of Discord: Russia and NATO 'Main Contenders for Arctic'
The report authors point out that Russia has been repeatedly referred to as "India's ticket to the Arctic energy riches."

Back in 2014 Vijay Sakhuja, Director of Research at the Indian Council of World Affairs, said that India sees several opportunities in cooperation with Russia in the Arctic region including in both scientific and reserves exploration fields.

"Part of this shift can be attributed to the evolving geo-economic shift to the North pivoting on oil and gas, deep-sea mining, and fishing and these activities would be of immense economic value to India. In that context, Russia can play a significant role in India's energy security," Sakhuja underscored in his article for Valdaiclub.com. 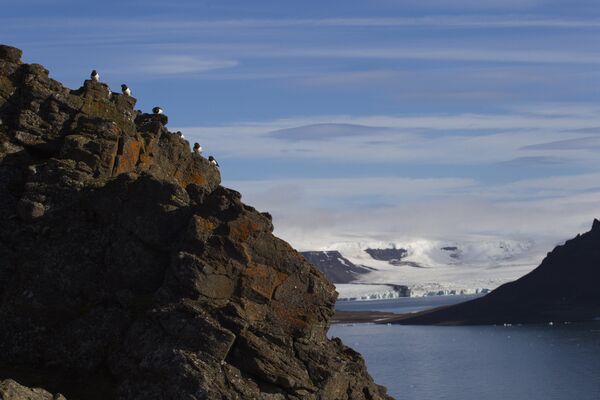 Likewise, Singapore is signaling its willingness to develop mutually beneficial collaboration in research in the Arctic, the RIAC report notes, citing the statement made by Arthur Chilingarov, Special Representative of the President of the Russian Federation for International Cooperation in the Arctic and Antarctic, following his visit to the country in March 2016.

For their part, China and the Republic of Korea are interested not only in taking part in the exploration of the region's vast natural resources, but also "in cooperation with Russia as the largest Arctic power ensuring successful functioning of the Northern Sea Route."

The nations view the Northern Sea Route (NSR) — a shipping route lying east of Novaya Zemlya and running along the Russian Arctic coast from the Kara Sea, along Siberia, to the Bering Strait — as a prospective maritime corridor linking Asia and Europe.

"The NSR is rapidly becoming a transit Arctic shipping line that can pose an alternative to the existing intercontinental shipping routes between the Atlantic and Pacific Oceans through Suez and Panama Canals," Russia's state-owned Rosatom Corporation's official website states.

Needless to say, the Russo-Chinese cooperation in the Artic is triggering concerns in the West.

Western Sanctions Boost Russia’s Science and Technology in Arctic Exploration
In May 2016 US political scientists Stephanie Pezard and Timothy Smith of the influential RAND Corporation think tank pointed out that Moscow's rebalancing toward China "is particularly important in the Arctic, a region in which Russia has great ambitions, but also struggles with major vulnerabilities."

The US scholars stressed that China's involvement in Russia's Arctic exploration may nullify the impact of West's sanctions: while the US-backed sanctions dealt a blow to Moscow's key offshore energy projects kicked off together with European and American companies, Beijing may offer Russia both expertise and technologies.

According to RIAC, Asian countries' deeper involvement in Arctic affairs may bolster their weight on the international stage and further shift the balance of power toward multi-polarity.