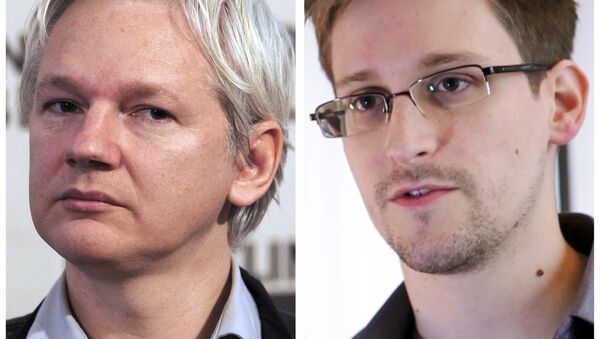 No matter your opinion of @Wikileaks or Assange, censorship is never the answer. https://t.co/oe49dk7Gzn

​Earlier in the day, the internet link of Assange, who is taking refuge in the Ecuadorian Embassy in London, has been severed by a "state party," according to WikiLeaks.

​Last week, WikiLeaks released the transcripts of three paid speeches by Clinton to audiences of the investment bank Goldman Sachs in 2013. In the speeches, Clinton commented on Wall Street’s role in financial regulations in the United States.

Edward Snowden Leaks Show Northern Ireland Police Snooped on Citizens
Snowden argued that living in a free society means defending the rights of "those with whom we disagree."

Assange has been residing at the Ecuadorian Embassy in London since 2012 to not be extradited to Sweden, where was accused of rape after WikiLeaks begun to release documents in its possession.