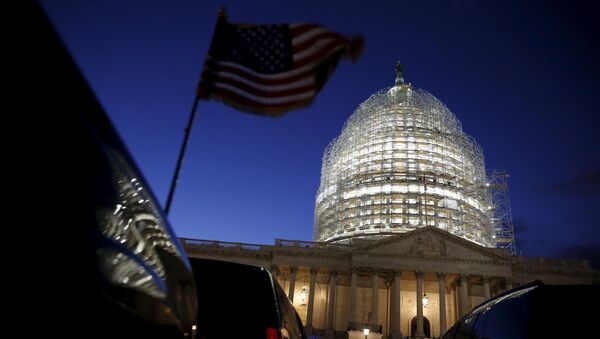 © REUTERS / Jonathan Ernst
Subscribe
The previous government of Poland paid to a US firm for lobbying Warsaw’s interests in the US congress, local media reported Monday, citing an agreement allegedly concluded between the US BGR Group and Polish embassy in Washington.

New EU Lobbying Register Rules Slammed as 'Timid Cosmetic Changes'
WARSAW (Sputnik) – “According to the agreement, the actions were aimed at the sphere of the defense policy and military cooperation between Poland and the United States. Primarily, the actions of BGR included lobbying in congress and departments,” the Niezalezna newspaper said.

According to the newspaper, the agreement, reached in 2008, when Bogdan Klich was the Polish defense minister, was covering military cooperation between Poland and the US government.

According to the Niezalezna, the US bipartisan lobbying firm provided Polish embassy with strategic counsel, tactical planning and services in the sphere of foreign policy.

The newspaper said that the government of Poland paid the US firm $203,000 during the period from May 21 till November 20 in 2008. The agreement was signed by Poland's ambassador to the United States Robert Kupiecki and the head of the BGR Group Ed Rogers.