Who is Taking Part in the Mosul Offensive, and What Comes After Daesh is Gone 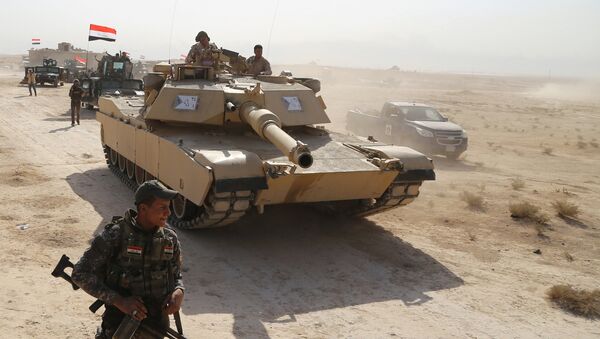 © REUTERS / Stringer
Subscribe
It is a very "patchy" coalition taking part in the operation to liberate Iraq's city of Mosul from Daesh, with each of the participants pursuing its own purposes; giving on looking experts plenty of reasons to believe that the "most interesting" events will come after the defeat of the jihadists in this particular city.

A coalition of very different allies is on the hunt for the Islamists in Iraq's second largest city of Mosul. Let's first take a look at who is there in the air and on the ground.

Kurdish Peshmerga: The fighters of the Kurdish region in northern Iraq are controlling large parts of the city's periphery.

According to the General Command of Peshmerga, up to 4,000 Kurdish fighters were deployed for the operation, in accordance with an agreement between Iraqi Kurdistan and the government of Iraq. 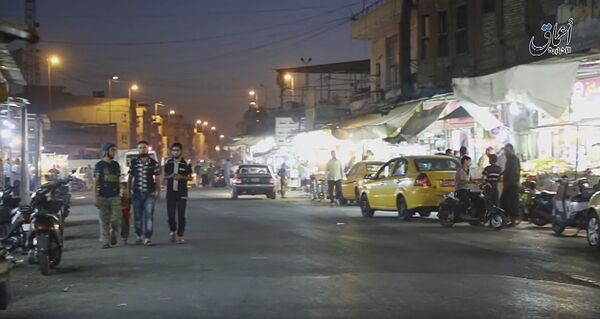 Their job is to take the suburbs of the city under control and further advance to the east of Mosul. However, according to an agreement with the Central Government of Iraq, Peshmerga units will not enter the city and can only take under control the territories on the outskirts of Mosul.

Already on Monday the Peshmerga reported their first successes in localities about 40 kilometers away from the city, the joy however could be premature as in the past similar reports have been partly proved wrong.

Mosul Operation Poised to Become 'Ace of Trumps in Clinton's Pack of Cards'
Iraqi National Army: On Sunday, Iraqi Prime Minister Haider al-Abadi announced the start of the military operation to retake Mosul from the Islamic State militants. According to local media, about 30,000 Iraqi soldiers are taking part in the operation.

The army, trained by the US, is supposed to lead the offensive and to enter the city with the units of the Iraqi National Police.

According to the plan, the army units should attack from the south. Prime Minister Haider al-Abadi said that "only forces with the Iraqi army and National Police will enter the city "and no others." 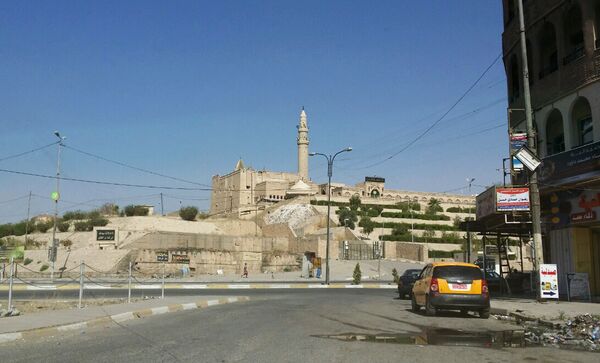 The units released a statement shortly after Monday’s offensive began saying they were targeting Daesh tunnels and trenches south of Mosul with highly destructive thermobaric missiles, according to The Shia Post website.

Turkey: in 2015 Ankara deployed Turkish troops to northern Iraq under the request of Masoud Barzani, Iraqi Kurdish politician who has been President of the Iraqi Kurdistan Region since 2005, as well as leader of the Kurdistan Democratic Party since 1979. 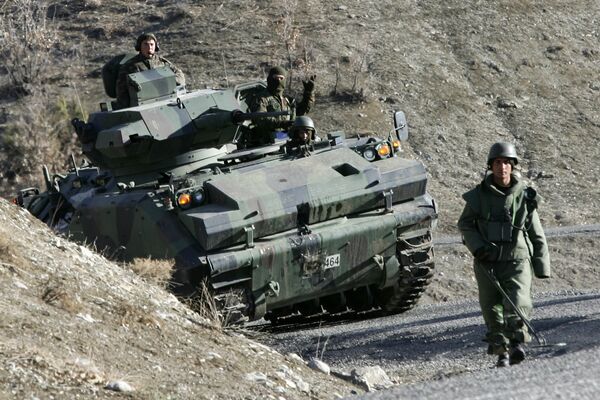 They have been training the Iraqi forces in the Bashiqa camp in Mosul province.

According to Turkish experts, the Central Government of Iraq does not want the forces to take part in the Mosul operation. However they can be taken under the patronage of the US-led coalition and thus will take some role in the operation.

Meanwhile, there was no permit issued for the independent participation of the forces which are being trained by Turkey in the operation to liberate the city. These forces have been put under the command of the Kurdish Peshmerga.

Turkey 'On Sidelines' of Mosul Operation, But 'Hopefully Will Get Involved'
US-led coalition: the aerial support of the offensive is provided by US, French and Turkish units. Turkish Prime Minister Binali Yıldırım said on Tuesday that "there is a consensus on Ankara’s involvement in the US-led coalition airstrikes."

Meanwhile France’s Foreign Minister Minister Jean-Marc Ayrault said on Tuesday that he and his Iraqi counterpart, Ibrahim a-Jaafari, would gather more than 20 countries and international organizations to come up with a plan to protect civilians, distribute aid and address questions about governing areas newly liberated from Daesh.

Meanwhile, Russian experts and bloggers suggest that the Mosul offensive will be accompanied by "somewhat of a race" between the participants as nobody wants to miss the opportunity of becoming a "winner over the Caliphate" especially taking into account that it was in Mosul's Great Mosque where Abu Bakr al-Baghdadi, the leader of the Islamic State, declared the self-proclaimed Caliphate back in 2014 and called on the world’s Muslims to “obey” him as the head of the Caliphate.

Semen Bagdasarov, director of the Center for Middle Eastern and Central Asian Studies, believes that what will happen after the defeat of Daesh will be more interesting than the offensive itself.

The city is very important strategically, he said. The province where it is located lies along the borders with Turkey and Syria.

Hence it is also important from the historic, cultural, economic and religious points of view.

Baghdad will not allow such a large province to float away from the control of central government.

000000
Popular comments
US couldn´t care less if it weren´t for one thing: Saving ISIS.The way to Syria lies open and the US forces will make sure it stay that way so ISIS can walk over and they can carve out a "Sunnistan" in eastern Syria around Deir Ezzor and Raqqa from were they can continue to bleed Syria for years to come. That´s the plan anyway...