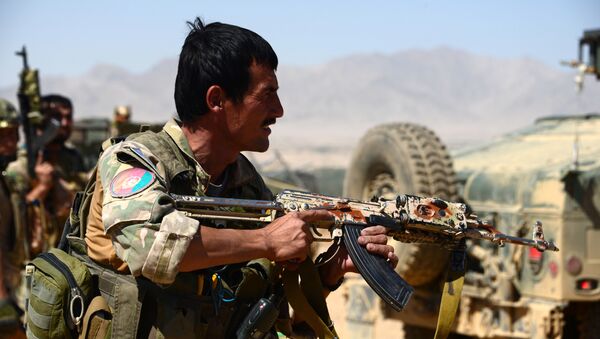 'Kunduz Syndrome': Afghan Cities Taken Over by Taliban as Gov’t Looks On
MOSCOW (Sputnik) — The negotiations between the Islamic fundamentalists and Kabul brokered by Islamabad had been halted after the United States killed Taliban leader Mullah Akhtar Mansour in a drone strike in May.

The Guardian reported citing sources in the Afghan government and intelligence services that the negotiations between Afghan authorities and the Islamists had been renewed.

The #Taliban has reportedly launched bilateral peace talks w/Kabul. Big news? Yes. Any reason to be optimistic? No. https://t.co/9NFFOvzS9s

​The two rounds of the secret talks took place in September and in October and were attended by Mullah Abdul Manan Akhund, brother of Mansour's predecessor Mullah Omar, the newspaper added.

Afghanistan is in a state of political and social turmoil, with government forces fighting the continuing Taliban insurgency.