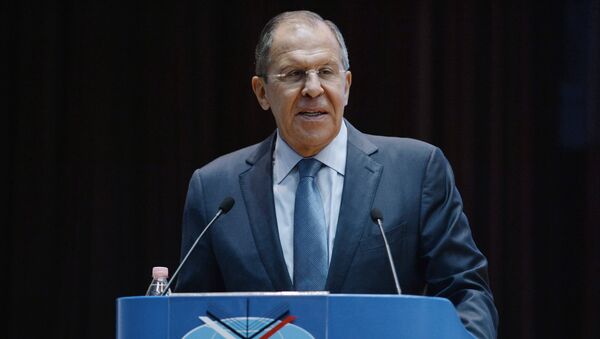 "The signing of the declaration, which ended a state of war and re-established diplomatic relations between our countries, was a major historical event, an important milestone in the progressive development of bilateral relations…. It laid the legal basis for the Russian-Japanese cooperation relevant to this day," Lavrov said in a statement addressing the participants of a Japanese-Russian forum, dedicated to the 60th anniversary of the re-established relations between the two countries. We expect that additional impetus to the joint work will be given by the upcoming contacts at the highest level," the Russian foreign minister said adding that Moscow intended to continue making efforts to develop bilateral cooperation, including the Russian-Japanese political dialogue as well as partnership in such fields as trade, cultural and scientific exchanges.

Japan and Russia never signed a permanent peace treaty after World War II due to a disagreement over four islands which Russia calls the Southern Kurils and Japan the Northern Territories: Iturup, Kunashir, Shikotan and Habomai. The disputed islands, located in the Sea of Okhotsk, were claimed by Soviet forces at the end of the war.

The relations between the two states have recently been re-energized.  In September, Japanese Prime Minister Shinzo Abe took part in the Eastern Economic Forum in Vladivostok, during which he held three-hour talks with the Russian president. One of the outcomes of the meeting was the announcement of Putin's visit to Japan on December 15, which had been postponed from 2014.