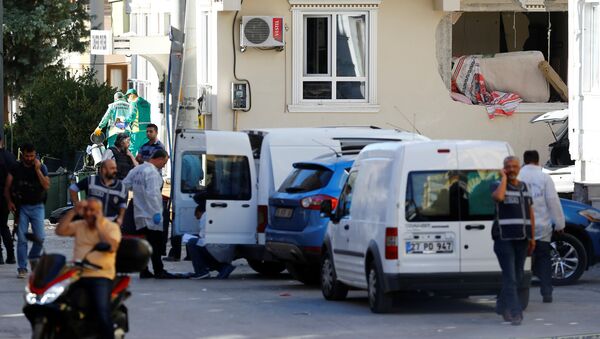 According to the CNN Turk television broadcaster, the suicide attack took place, when police officers blocked a group of terrorists in a flat.

A total of ten ambulances left from the scene to hospitals, according to the broadcaster.

The second suicide bomber took his own life on a construction site where he was blocked by police killing no one, the NTV broadcaster reported.

In September, the US Embassy in Ankara warned about potential terrorist attacks in Gaziantep, targeting the businesses popular with Westerners.

In August, the city of Gaziantep already became a target of the terrorist attack, which claimed lives of 51 people.